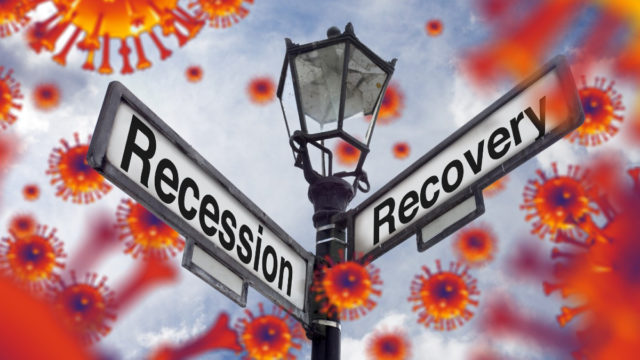 The Australian economy is expected to shrink in the September quarter as worsening COVID-19 outbreaks threaten a hard-won recovery from the country’s first recession in 29 years.

Measures of Australia’s economic health were being rapidly downgraded on Tuesday as economists came to terms with the fallout from resurgent COVID outbreaks that have plunged Sydney, Melbourne and now South Australia into more than 60 days of lockdown combined in just two months.

It comes after earlier Commonwealth Bank forecasts tipped GDP to fall by 0.7 per cent alongside a potential uptick in unemployment over July.

The forecasts mark a significant fall from grace for Australia, which only months ago was leading the world in its economic recovery from COVID-19.

Estimates on the dollar cost of the lockdowns vary wildly from as low as $50 million a day to more than $200 million, with Treasury estimates suggesting the Sydney lockdown alone is costing the country $100 million every day.

Indeed APAC economist Callam Pickering said Australia could even fall into another recession, depending on the effect of an earlier lockdown in Victoria in June, which will be counted in the June quarter figures.

“The timing of these lockdowns means it’s a very real risk of a decline in economic activity both in the June and September quarter,” he told TND, alluding to the technical definition of a recession.

“The possibility of a recession is increasing by the day.”

Because more than half of Australia’s population resides in Sydney and Melbourne, extended lockdowns across both cities are a massive drag on economic activity as well as business and consumer confidence.

Consumer confidence plunged 5.2 per cent to an eight-month low last week, which was well below the 31-year long-term average.

Meanwhile, Commonwealth Bank data showed card spending was 0.6 per cent below 2019 levels in Sydney last week, a sharp turn from the double-digit increases that had been recorded each week before the lockdown.

“Things, of course, have since taken a dramatic turn for the worse,” CBA economist Gareth Aird said in a note about RBA policy on Tuesday.

“The near term economic implications are still highly uncertain. But it is a fait accompli that GDP will contract significantly in the September 2021 quarter.”

Mr Aird expects the RBA will now revise its outlook for the economy and is more likely to continue purchasing more government bonds.

Sharemarkets have already priced in a downturn, with the ASX200 index having fallen by about 1.6 per cent to 7252 points since June.

One piece of good news is that economists expect the lockdowns in the near term to have a smaller effect on jobs than on production or consumption levels.

ANZ economists predict employers will look to hold on to staff throughout the lockdowns, as it has been so hard to find new workers lately.

And if that bears out it would save a repeat of the horrific scenes of thousands of Australian queuing outside Centrelink when the country entered a national lockdown in March 2020.

But Mr Pickering warned that in the absence of JobKeeper, an extension to lockdowns could quickly change the outlook for the labour market.

“The longer the lockdown stays in place, the greater the likelihood that businesses start to lose staff,” he said.

“They’re taking on a greater burden during this lockdown than they did last lockdown.”

Be the first to comment on "‘Dramatic turn’: Economic rebound to come undone in September quarter"