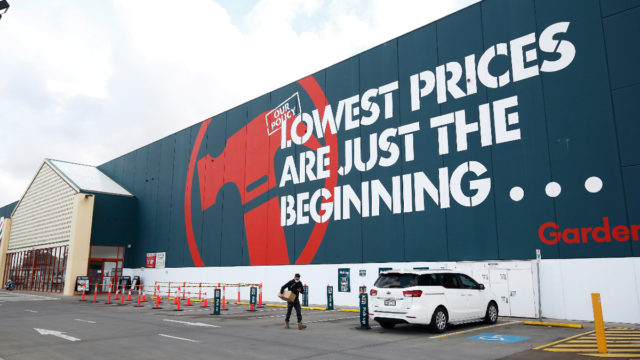 Hardware chain Bunnings is preparing a huge expansion to cash in on surging demand from tradies looking for specialised tool stores.

Bunnings boss Michael Schneider said the chain will open up to 75 stores under a brand new name to be revealed in coming months.

The retailer has realised tradespeople aren’t looking to it for power tools, supplies and other equipment – so a whole new chain is needed.

“It’s an opportunity for us to deepen the connection with specialist trades in [trades] categories,” Mr Schneider said at a Bunnings strategy day on Thursday.

“Many [trade products] don’t have a natural home within the product architecture of the Bunnings format.”

The Adelaide Tools business, which Bunnings finished buying in 2020, will become a platform for the new chain, which will be ultimately owned by retail conglomerate Wesfarmers.

Stores will be opened progressively in the next three-five years, with the first set for Western Australia within months.

Bunnings has recently applied to trademark brands such as Onya Tools, Dontas Tools and Benchmark tools – a hint at the eventual name of the new tradie-focused business.

Queensland University of Technology (QUT) retail expert Gary Mortimer said Bunnings wants to become a leader in the $1.5 billion professional trade and tools market, but has realised its name is holding it back.

“There’s a perception, broadly, that Bunnings is still very much a consumer based handyman business,” Mr Mortimer told TND.

“Adelaide tools is really clearly positioning towards a segment which is purely trade.”

That deal is still awaiting approval from the Australian Competition and Consumer Commission.

“We have a really low penetration with the flooring trades – they don’t see the Bunnings format as being relevant for them,” Mr Schneider said.

Bunnings could snap up professional plumbing and electrical supplies businesses to expand into those markets, he said.

“We’re always interested in categories where we aren’t able to service customers effectively through the Bunnings format,” Mr Schneider said.

There will be plenty of competition though, Metcash, which owns rival chain Mitre 10, bought a majority stake in trade-focused Total Tools last year in its own move to capture a bigger slice of the professional market.

There are already more than 260 Bunnings-branded hardware stores in Australia and a further 100 in New Zealand.

Six Adelaide Tools stores are already operating in South Australia, where the business will keep trading under its existing name.

Be the first to comment on "Revealed: Bunnings’ huge expansion plans under new brand name"