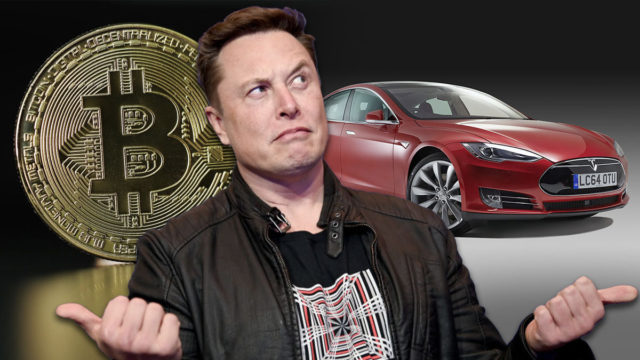 Scammers are deploying fake news clips from the ABC and The Project to con Australians to hand over millions in cryptocurrencies like Bitcoin.

That’s according to the ACCC, which found Australians lost $815 million to scams last year in an alarming report published on Monday.

“We’re seeing fake ABC and The Project segments on the pros and cons of cryptocurrencies,” Ms Rickard told The New Daily.

“The entire thing is made up, but they’ve made it look exactly like a segment … it’s another sign of how sophisticated these scammers are.”

Ms Rickard said the tactics were partly attempts to cash in on a wave of interest in cryptocurrencies, amid Elon Musk’s Twitter posts about Bitcoin.

“Well-known high-profile people like Elon Musk come out talking about having invested billions in cryptocurrency; it makes it sort of snazzy jazzy the ‘in thing’ and gets others interested in it,” Ms Rickard said.

“Interestingly enough, he [Musk] then went and ditched it all.”

Musk has sent cryptocurrencies like Bitcoin and Dogecoin on value rollercoasters in recent months, posting endorsements of crypto coins before later pouring cold water on the trend to his millions of followers.

The Tesla co-founder has been criticised for drawing new investors into the market using his star power, without educating users about the dangers of cryptocurrency investing or the prevalence of scammers.

“Most people haven’t got a clue how to safely invest in it [crypto] and going off some random social post or website, no matter who seems to be endorsing it, is not how you should be going about it,” Ms Rickard said.

Bitcoin: Investment scams on the rise

Many Australians were looking to invest for the first time last year after receiving money under programs like JobKeeper or early super access.

This was a golden opportunity for scammers, who seized on this wave of interest in cryptocurrencies and other products to dupe their victims.

A total of $328 million was lost to investment scams, the largest category, but the ACCC fears the actual figure is much higher because many are too embarrassed to lodge reports.

The scams include a variety of fraudulent schemes, including a new type during 2020 called “romance baiting”, where people are targeted on dating apps – those aged 25 to 34 lost $7.3 million in this way throughout 2020.

And while bank transfers are still the most popular payment method for scams, cryptocurrency is rising in prominence because it’s harder to police.

More than $50 million in losses were due to cryptocurrencies in 2020.

In part the increasing use of Bitcoin in scam activity reflects success in cracking down on scam payments using traditional banks and gift cards.

SpaceX launching satellite Doge-1 to the moon next year

Other wins against scammers over the past year have included dealing with phone-based schemes, which saw the Australian Communications and Media Authority partner with the ACCC and cyber security centre.

It’s also now much harder for scammers to impersonate the government, but as regulators step up scammers are deploying ever newer tactics.

In other words, it’s a high-stakes “cat and mouse” game with criminals.

“The number of scammers out there are increasing. COVID-19 was the perfect backdrop … it really suited scammers. People were online a lot more, including people who are inexperienced,” Ms Rickard said.

Other popular scams during the pandemic involved preying on people who couldn’t inspect merchandise before making a purchase, leading to a rise in vehicle and puppy fraud.

The post Scammers are using Elon Musk, <i>The Project</i> and the ABC to rip off Australians with Bitcoin appeared first on The New Daily.

Be the first to comment on "Scammers are using Elon Musk, The Project and the ABC to rip off Australians with Bitcoin"