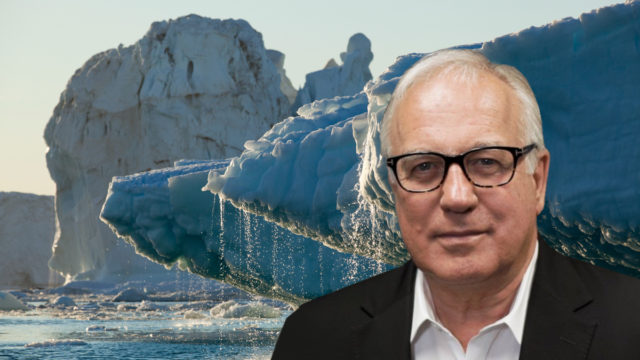 This week it’s floods in Germany, 170 dead and terrible devastation.

A few weeks ago people were dying from the heat in Canada, which reached about 49 degrees Celsius in Lytton, British Columbia.

Wildfires are now breaking out across North America.

This is from the global warming that has already occurred, which is about 1.2 degrees above the pre-industrial age.

The world is now trying to stop it going above 1.5 degrees by getting emissions down to net zero by 2050.

Even if we succeed in that, which is far from guaranteed, the extreme weather events will be significantly worse and more frequent than they are now.

But at what point will governments hit the real panic button?

The reason many are still negotiating, prevaricating and putting it off is that governments and businesses are not looking at global warming in terms of risk, but are using scenario analysis instead.

For example, the Australian Prudential Regulatory Authority issued a draft prudential practice guide on climate change in April, which included 4 degrees of warming as one of its two “scenarios” for banks to use in their future planning.

A 4 degree rise in the average global temperature would make large parts of the planet uninhabitable and lead to the total collapse of the banking system. No need for any planning.

The other APRA scenario was for 2 degrees of warming or less, consistent with the Paris Agreement, which should happen if all countries meet their Paris pledges, which so far they’re not.

And even under that scenario, the banking system barely survives.

There was nothing especially wrong with APRA’s guidance note – it was just a typical example of the arse-covering required by bureaucrats and corporate executives to cover their environmental, social and governance (ESG) obligations, with a paper trail to prove they did it.

But it highlights the problem with using scenarios instead of risk analysis.

Since most countries are now committed to net-zero emissions by 2050, even though the policies to achieve that have not been implemented, everyone can assume that the scenario of 1.5 degrees is locked in – a likelihood of 100 per cent. But that’s not correct.

Even then there would still be a two-thirds risk of it being 2 degrees instead of 1.5, because of feedback loops caused by more carbon dioxide being released by the warming that has occurred.

Current policies, unchanged, would result in 2.4 degrees of warming, which would be terrible, but there would be a high risk (about 67 per cent) of 3 degrees, which would be catastrophic.

It’s known that with 1.5 to 2 degrees of warming, the combination of permafrost melt in Siberia, wildfires in the world’s forests and warming of the ocean will release more carbon dioxide into the atmosphere, which means a feedback loop could take the temperature to 2.5 degrees above pre-industrial temperatures – and perhaps beyond – no matter what we do.

I was reminded of the power of risk analysis by the recent reaction to the risk of blood clots and death from the AstraZeneca vaccine.

If that happens, the chance of then dying is 4 per cent, which boils down to a 0.00044 per cent chance of dying from having the AstraZeneca vaccine.

On the strength of that risk, the UK discontinued AstraZeneca for under-40s and the Australian medical authorities have warned against it, and people are shunning it in droves and waiting for Pfizer.

The risk of catastrophe and even extinction as a result of global warming is a lot higher than 0.00044 per cent and yet most of us are still driving petrol cars and eating steaks and hamburgers, and governments are still talking about targets 30 years away (or not, in Australia’s case).

Whatever the temperature gets to – whether it be 1.5, 2, 3 or 4 degrees of warming – it would be a global average, uneven across the planet.

Anything much more than 1.5 degrees and heatwaves in some parts of the world would make them too hot to survive for some of the year, so humans couldn’t live there at all.

Daily life everywhere else would be an unbearable succession of extreme weather events, as we are seeing in Germany at the moment.

Sea level would rise by 1.5 to 2 metres, making many coastal and low-lying areas uninhabitable.

As a result, millions, possibly billions, of people would be displaced making a mess of global borders.

Banking and insurance would become impossible. The financial system would collapse.

Even if it was 1 per cent, that would be like two or three planes a day crashing after take-off in Australia – which would lead to zero take-offs until it was fixed.

At some point well before 2050, governments will be forced to switch to risk analysis for climate change, and to publish the result.

Unless scientists say the risk is zero – which they won’t – then whatever they come up with, political leaders will be forced to hit the panic button by alarmed voters.

I’m not sure, but here are some thoughts: Fossil fuels would be suddenly and totally banned, or made prohibitively expensive, and oil, gas and coal would instantly go bust; physical tourism would be banned and air travel confined to essentials and rich elites so the airline industry would collapse; the lithium battery and hydrogen would suddenly boom.

Life would change more completely than it has during the pandemic.

Be the first to comment on "Alan Kohler: The climate change panic button is coming"