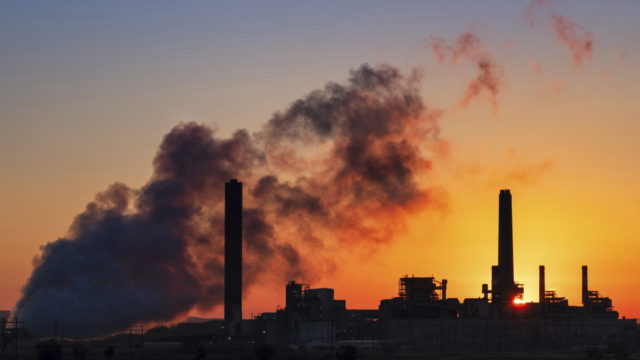 Owners of coal-fired power generators would be paid to shut down ahead of schedule – or charged for the right to continue operating – under a new proposal to halve emissions this decade.

Presented in a new report by centre-right think tank Blueprint Institute, the proposal is a five-point mechanism designed to ensure an orderly transition to net-zero emissions by 2050.

It is based on an auction system that encourages the least economically viable plants to exit the market first, and involves asking the Clean Energy Regulator to introduce emissions caps that force coal-fired generators to halve their emissions by 2030.

“It isn’t about ending coal-fired generation – the plummeting cost of renewables and state policies to push them into the grid have already made that decision,” Blueprint Institute CEO Harry Guinness said.

“But the last thing anybody wants is an uncontrolled detonation. The Commonwealth’s role is to co-ordinate an orderly phase down at minimum economic cost, and to ensure that cost is shared fairly.”

The report authors argue an uncontrolled phase down of coal would lead to sudden drops in the supply of electricity and consequently push up prices, while also making the transition to new industries much harder for workers.

They noted the government is currently on course to miss its 2030 emissions reduction target and said that halving coal-fired electricity emissions by 2030 would lead to fewer job losses than is often claimed.

This is because most Australian coal is metallurgical coal that is exported overseas to be made into steel, rather than that used in local coal-fired generators.

The report says fewer than 10,000 workers are employed in the coal-fired generation sector and notes a commitment to halve emissions by 2030 “would see roughly half these workers lose their jobs”.

How the mechanism would work

Blueprint’s plan to halve emissions by 2030 is based on its Coal-Generation Phasedown Mechanism, which is split into five components.

The first involves using an existing government framework to restrict emissions from coal-fired power generation to 50 per cent of current levels by 2030, while introducing sector-wide targets for 2026, 2028 and beyond 2030.

(The framework is the Coalition’s Safeguard Mechanism, which was introduced in 2016 to ensure emissions reductions funded by taxpayers were not offset by rising emissions elsewhere.)

“We call it in the paper a ‘backstop’,” Blueprint Institute chief economist Steven Hamilton said of the sector-wide caps.

“It basically provides the credible threat that one way or another the government is committed to reducing emissions in the sector by 2030 by that amount. So the firms kind of have to comply.”

Once the targets have been set, the government would then draw up contracts for emissions reductions over the three timelines.

These would allow firms to bid for an ’emissions budget’ – “covering a range of permitted quantities of total emissions” – to be used within specified timeframes (e.g. yearly) up to each duration.

The contracts would allow the government to work out when each of Australia’s remaining coal-fired power generators would close.

“While the contracts would be for emissions, this maps to a known quantity of electricity supply for each generator based on their emissions intensity,” the report says.

“This would both guarantee a minimum supply of electricity up to a given point in time, as well as a certain emissions reduction beyond it.”

Firms would then bid for the contracts in a “sealed-bid auction system”, with entrance to the process conditional on firms offering redeployment and retraining opportunities for coal workers.

The report does not specify the exact rules for the auction system, but notes it could be designed so as to “generate an incentive for participants not to game the system”.

“Under most such designs, participating generators would provide their valuations of generating set quantities of emissions out to each of the three target dates – they would do so privately and simultaneously, and be barred from communicating with one another,” the report says.

“The auction design would then allocate the emissions contracts and prices for those contracts to generators based on the bids of all participants.”

As to how the overall mechanism would be funded, Blueprint says this is ultimately a political question for the federal government.

At one extreme, it could pay generators to exit the system by fully compensating them for the loss of their expected future profits in a similar vein to Germany.

Or it could provide no funding for the scheme, and charge generators to continue operating based on the value they assigned to the contracts during the bidding process.

The first extreme is expensive – Blueprint estimates it would cost taxpayers more than $10 billion – but the second would be met with fierce resistance from industry.

Dr Hamilton said something in between the two extremes was the most likely – a system that pays some generators to exit ahead of schedule and charges others to operate a little longer.

“Our point is: Ultimately you’ve got to start attacking the structural sources of these emissions in your economy. And the obvious one is coal, that’s like the worst of all,” Dr Hamilton said.

“And, as we say in the paper, this notion that we can keep sticking our head in the sand and the problem will go away is just nuts.”

The post Auction system for coal-fired generators could halve emissions by 2030 appeared first on The New Daily.