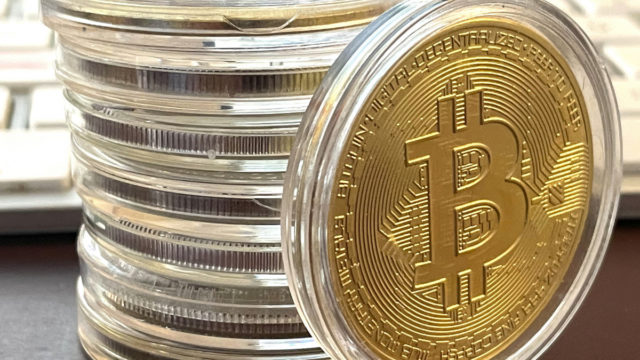 The past 20 days have been generally a period of recovery for the digital coin, which had dropped to a low of $US51,000 on March 25.

From that point, it has strengthened by more than a quarter.

The Bitcoin market turned bullish since the second week of April.

After crossing the $US60,000 threshold on Monday, the cryptocurrency hit a new record of $US63,583 a day later.

Bitcoin climbed 2.26 per cent further and eclipsed the most recent record in Asia trading hours on Wednesday morning.

#Bitcoin is now the 6th largest currency in the world, and has overtaken the British pound sterling in monetary base size pic.twitter.com/rlX9JWhMn6

The most popular cryptocurrency is trading at $US64,418 while writing this report.

BTC’s current market capitalisation is $US1.198 trillion and global trade volume is $US71.25 billion. Both metrics have seen an unprecedented rise recently.

Crypto bulls are roaring to new strength as more companies are showing solid interest in Bitcoin.

Analysts do not see the the proposed listing of Coinbase Global Inc. on the Nasdaq on Wednesday and the boom in Bitcoin’s value as coincidental, but a potent sign of Wall Street’s growing endorsement of cryptocurrencies.

Coinbase listing is believed to boost the pace of cryptocurrency adoption, and help the price rally to continue.

In line with Bitcoin, the second most popular cryptocurrency Ether also recorded the highest price in its history on Wednesday.

It touched a new high rate of $US2,399 after improving its value by more than 6 per cent in the last 24 hours.

Ether is trading at $US2,348 as of this writing. BTC’s current market capitalisation is $US272 billion and global trade volume is $US32 billion, according to Coinmarketcap.

The post Bitcoin crosses $US64,000 to reach all-time high appeared first on The New Daily.

Be the first to comment on "Bitcoin crosses $US64,000 to reach all-time high"