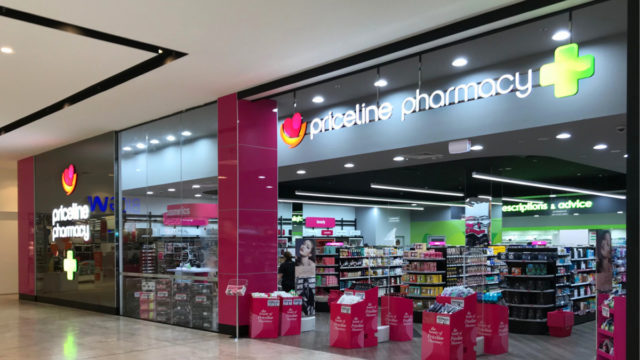 The deal, announced on Monday morning, could mean Australia’s largest retail conglomerate created an entirely new division dedicated to beauty, health and wellbeing, but will require approval from the competition regulator (ACCC).

Wesfarmers, also the largest shareholder in Coles, has offered $1.38 per share for API, which in addition to Priceline also owns Soul Pattison pharmacies and Clear Skincare clinics.

The offer is a 21 per cent premium on API’s closing share price on July 9, but on Monday morning after the buyout announcement API’s shares soared 17 per cent to $1.34 – raising the prospect that the API board may declare the bid too cheap.

API’s board told investors on Monday it was assessing the bid, but has yet to decide whether to recommend shareholders vote in favour.

The offer came after API warned it was losing about $1 million a week from the ongoing Sydney lockdown and would lose about $17 million – $19 million in earnings as a result of coronavirus lockdowns in June/July.

About 72 per cent of non-pharmacy Priceline stores and 75 per cent of Clear Skincare clinics have closed in the latest round of COVID-19 restrictions.

“The indicative proposal has been made at a time where COVID-19 restrictions have resulted in store and clinic closures and these have significantly impacted on API’s operational performance,” the API board said in a statement on Monday.

Mr Scott suggested Priceline’s supply chain and online experience would improve under the ownership of Wesfarmers.

“API would form the basis of a new healthcare division of Wesfarmers and a base from which to invest and develop capabilities in the health and wellbeing sector,” he said in a statement on Monday.

Wesfarmers plans to fund the purchase from its balance sheet and debt facilities.

Cosmetics and pharmacy products are one of the few major categories Wesfarmers does not sell across its network currently, which makes the 450 Priceline stores across Australia an attractive expansion option.

Priceline operates corporate stores without pharmacies and licenses its brand to a network of community pharmacists that operate stores under the brand.

The Pharmacy Guild of Australia has previously warned a corporate buy out in the sector could make it harder for community pharmacies to stay afloat, with major chain Chemist Warehouse already a key competitor.

Mr Scott has already moved to address potential concern Wesfarmers would move away from Priceline’s community pharmacy model as owner of API.

“Wesfarmers supports the community pharmacy model, including the pharmacy ownership and location rules,” he said on Monday.

“We see opportunities to build on these relationships and invest to expand ranges, improve supply chain capabilities and enhance the online experience.”

Wesfarmers is following a familiar playbook in trying to buy a major pharmacy chain. Online giant Amazon paid $753 million to buy pharmacy chain PillPack in the US two years ago.