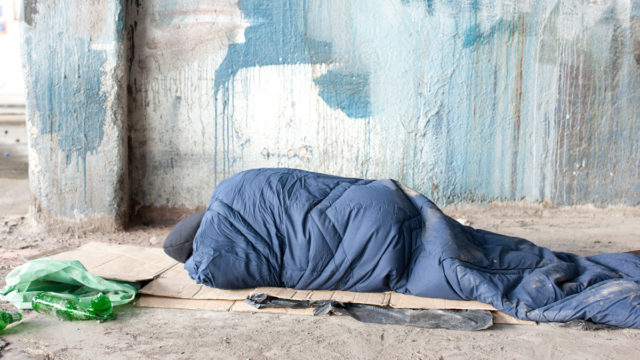 Decades of inaction on housing policy could be fixed and homelessness alleviated if the federal government legislated a human right to housing, a new report has argued.

But the findings have been met with scepticism from some analysts who believe the declaration amounts to nothing more than “high-level symbolic law making”.

The Labor-aligned McKell Institute’s latest report, The Crumbling Australian Dream: An Examination of Australia’s Housing Sector, suggests the Morrison government has shirked responsibility for social housing and divided Australia into a nation of haves and have-nots.

The report’s author, federal Labor MP Josh Burns, argued the pandemic had exposed the need for the Coalition to assist the 1.3 million Australians who struggle to own or rent a home in the private market as prices soar and investors capitalise on housing tax breaks.

Mr Burns, whose party abandoned a proposal to overhaul negative gearing laws after losing the 2019 federal election, said codifying a right to a home was not “radical” and would help usher in a more effective homelessness system.

“The truth is that before coronavirus, Australia had a serious shortage in housing – especially affordable and social housing,” Mr Burns wrote.

“Through a … shift in policy perspective, government could begin the long journey down the path of dismantling the structural inequities which have created this mess.”

The report offers a four-pronged plan to “reset” housing policy to reduce homelessness:

Report attempts to reduce the politicisation of housing

Housing Minister Michael Sukkar told the Nine newspapers the federal government will stump up $8.2 billion in investment for social housing and homelessness programs over the 12 months to July.

“[That] includes $1.6 billion paid to the states and territories to deliver and maintain state social housing through the National Housing and Homelessness Agreement,” Mr Sukkar said.

By aligning tenancy laws with a legislated human right, it could mark the end of no-grounds terminations and ensure state-level tribunals factor in a tenant’s human rights in any adjudication.

And in cases where an eviction is warranted, the tribunal would have to ensure the tenant is not left homeless by the decision, Dr Martin said.

“For decades, rental laws of the states and territories have only provided weak protections for tenants around security and provided landlords with the ability to quite readily terminate tenancies without grounds,” he told The New Daily.

“It makes all tenants feel insecure, even those who don’t get that notice, because it’s in the back of their mind whenever they make a complaint about a repair that’s delayed or a rent increase that is out of line.”

Dr Martin said instituting housing as a basic human right could also reduce the political heat that future governments could face as Australians higher up the income scale rent longer into their lives.

But not everyone agrees with McKell’s proposal.

Dr Cameron Murray, a post-doctoral fellow in the Henry Halloran Trust at the University of Sydney, said establishing a well-funded national body to oversee public housing would be far more effective than the “symbolic” move outlined by McKell.

If you announce the direction you’re going [in] but don’t have an engine to get there, you’ve turned the steering wheel but your car’s still in park,’’ Dr Murray said.

“You’re not going to [improve housing outcomes] unless you create an institution that has the responsibility and the money to do it.”

Dr Murray cited Singapore, which launched a social housing drive in the 1960s, as an example of a government-backed housing body that’s caused ownership rates to soar.

More than 80 per cent of residents live in a publicly built dwelling and roughly 90 per cent of Singaporeans own a home.

“You just pay the construction costs and the government gives you a unit, they lend you money at some small mark-up on the cash rate and after five years, you can either live in it or sell it … which is essentially free equity from the government,” Dr Murray said.

Meanwhile, homelessness groups on Monday urged the government not to slash $57 million in funding when the Equal Remuneration Order – which increases the base rate of grants – tapers in June.

Mission Australia, the St Vincent de Paul Society, Wesley Mission and the Salvation Army said vital programs that offer crisis accommodation and support for other people without housing, including women fleeing domestic violence, would be severely affected by the change.

And those services could be stretched as more people draw on support once JobKeeper is axed and JobSeeker payments are reduced.