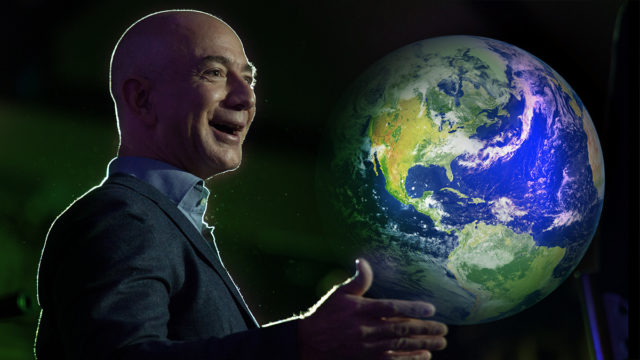 It’s a perennial question: How much tax do the world’s richest really pay?

As it turns out, not very much.

The personal tax bills of billionaires like Warren Buffett, Elon Musk and Jeff Bezos have been shrouded in secrecy for decades, but an eye-opening new report has aired their laundry.

Investigative outlet ProPublica dished the dirt in the US on Tuesday, revealing, for the first time, that the richest Americans are paying much less tax for every dollar of wealth they earn than working people.

(The source of that report is now under investigation by US law enforcement agencies.)

The reporters called that a “true tax rate” of just 3.4 per cent.

The data – leaked by an anonymous source – is American, but this kind of thing happens in Australia too, UNSW associate professor Ann Kayis-Kumar explained.

“There are lots of opportunities for tax planning, particularly when you are at that end of the market and have business and personal interests,” she told The New Daily.

“It’s that interplay between corporate tax and personal tax that can lead to some really innovative, creative approaches to managing tax affairs.”

This interplay between business and personal tax helps wealthy people claim all sorts of deductions, but it also opens up other opportunities too.

For example, one major finding in the ProPublica report is the likes of Elon Musk pay themselves extremely small salaries, minimising their income tax bills and, in some cases, eliminating them all together.

But their wealth keeps growing because the companies and assets they own become more valuable; assets they then borrow against for money to fund their lifestyles – all without incurring any income tax expense.

University of Sydney Professor Richard Vann said using credit as pocket money is less common in Australia, thanks to our tax avoidance rules.

But he said it’s still “relatively easy” for the wealthy to avoid income tax using their companies and trusts.

“The wealthy in Australia … reduce the tax rate on their realised income by housing it in a company with a maximum tax rate of 30 per cent, rather than the top individual tax rate of 45 per cent (or 47 per cent with Medicare levy),” Professor Vann told TND via email.

“They will usually also involve discretionary trusts in their wealth-holding structures.”

Trusts can be a great way for the wealthy to minimise tax in Australia because they provide a place to put investments at arm’s length.

According to tax office data published on Monday for the 2018-19 year, there were 907,000 trusts in Australia holding more than $3.9 trillion worth of assets.

How much tax do Australian billionaires pay?

It all begs the question, how much tax do Australia’s billionaires pay?

The short answer is that we don’t really know.

The best we have is an estimation.

There are about 100,000 people in that top percentile, but most aren’t billionaires and this data does not include company and trust tax.

There are only 110 billionaires in Australia, according to the most recent AFR rich list for 2020, published last week.

Professor Vann said if we want to find out how much tax wealthy people pay (or avoid) on their income and through their companies and trusts, we’re going to need a new set of public data.

The good news is the Australian Taxation Office is currently considering whether to solve part of the problem by publishing an anonymised data set on income tax paid by billionaires in Australia.

In an update provided last week, ATO deputy commissioner Jeremy Hirschhorn said officials had “gone down a rabbit hole” working out how to define what tax billionaires pay, deciding it could provide the data.

But the ATO is worried publishing this data could backfire.

“If we produce potentially misleading data about specified classes of Australians, there’s the potential for a lack of confidence in the tax system,” Mr Hirschhorn said.

“I would say that it is in progress, but we think it is raising novel issues for the tax system, which we are working through.”

The post Elon Musk and Jeff Bezos’ tax secrets have been revealed and Australian billionaires could be next appeared first on The New Daily.