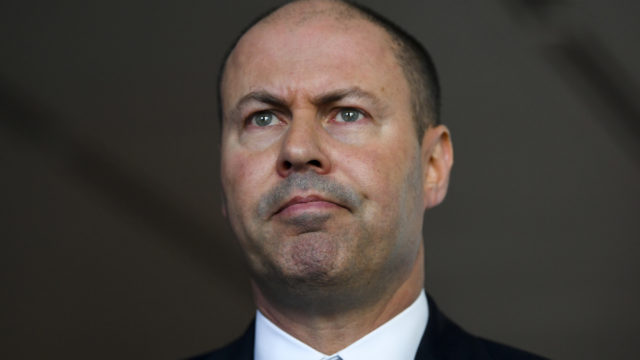 The federal government is cracking down on shareholder proxy advice firms, and – by proxy – the country’s biggest superannuation funds.

Proxy firms issue voting recommendations on resolutions put at company meetings, including on environmental, social and governance issues, and board pay.

Changes proposed by Treasurer Josh Frydenberg would mean the firms have to give companies their research and advice at least five days before they give it to their clients.

The superannuation fund adviser ASCI in particular has pushed major corporations on climate change and gender diversity on boards.

ASCI recently pledged its support for an Indigenous voice to parliament.

“There is currently very limited regulation on how this proxy advice is formulated, provided, used and disclosed,” the Treasurer’s office said in a statement issued late on Friday.

Mr Frydenberg’s move is also likely to upset major superannuation firms, which collectively own about 20 per cent of the Australian sharemarket, worth about $440 billion.

Under the proposed changes, super funds would have to show whether their shareholder votes are consistent with proxy advice, and “outline how they exercise independent judgment in the determination of their voting positions”.

“The decisions made by proxy advisers have big implications on how businesses run and their ability to make returns for shareholders, so of course the system should be as transparent as possible,” he said in a statement.

Proxy advice has increasingly resulted in first strike votes against company directors over board pay, with Oil Search and Scentre some of the recent targets.

Embattled financial firm AMP narrowly avoided a second strike vote at its AGM on Friday, which would have triggered a spill of the company board.

Treasury has opened consultation on the measures until June.

Be the first to comment on "Federal crackdown on proxy advisers, super"