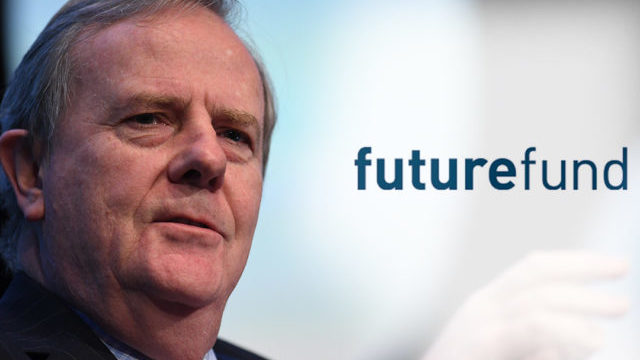 The Future Fund has ridden the recovery of global share markets over the March quarter, reporting a 10.9 per cent return for the nine months to the end of March.

However that still leaves it behind the average return for balanced superannuation funds which have between 61 and 80 per cent of investments in growth assets. Balanced funds returned 12.2 per cent over the year to date and 13.8 per cent over the past 12 months.

The Future Fund, which now has $226 billion invested across the six funds it manages, returned 10.1 per cent for the March year.

The Fund is a giant superannuation scheme owned by the Commonwealth government. It is used to finance long-term superannuation liabilities owed to public servants on now abandoned and very favourable retirement deals, known as defined benefit schemes. 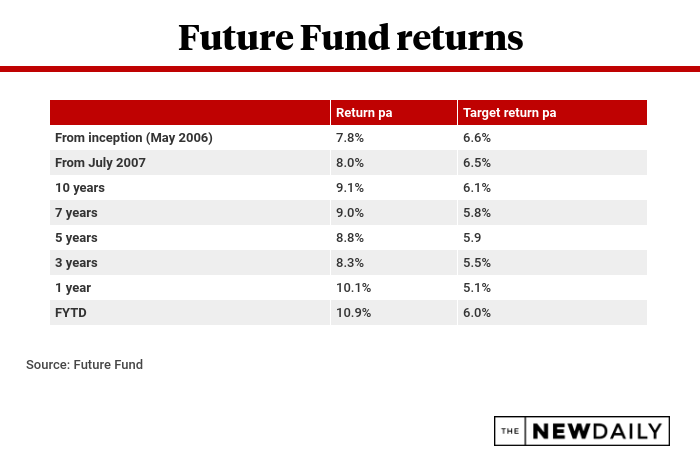 It was formed in 2006 when then-treasurer Peter Costello sold off the government’s last one-third of Telstra and used the proceeds, $17 billion, as seed capital for the Future Fund.

On leaving Parliament in 2009 Mr Costello became chair of his creation.

In recent years responsibilities for health, drought and Indigenous support have been added to its portfolio.

In the Fund’s report to March 31, Mr Costello said “the Future Fund has continued to perform well, growing by over $16 billion over the last 12 months. All funds have beaten their target returns across all time frames”.

While economies and markets have shown considerable improvement since the COVID lows last April, Mr Costello is still a little cautious about the future.

“While the outlook overall is greatly improved there remain uncertainties and a number of risks, including the potential for setbacks and a variety of different scenarios in the global recovery,” he said.

Over 10 years the Future Fund has grown by an impressive 9.1 per cent annually. That is well above its target of 6.1 per cent.

However, the top 10 balanced funds outperformed the Future Fund over that period to March 31 – as the table below demonstrates. 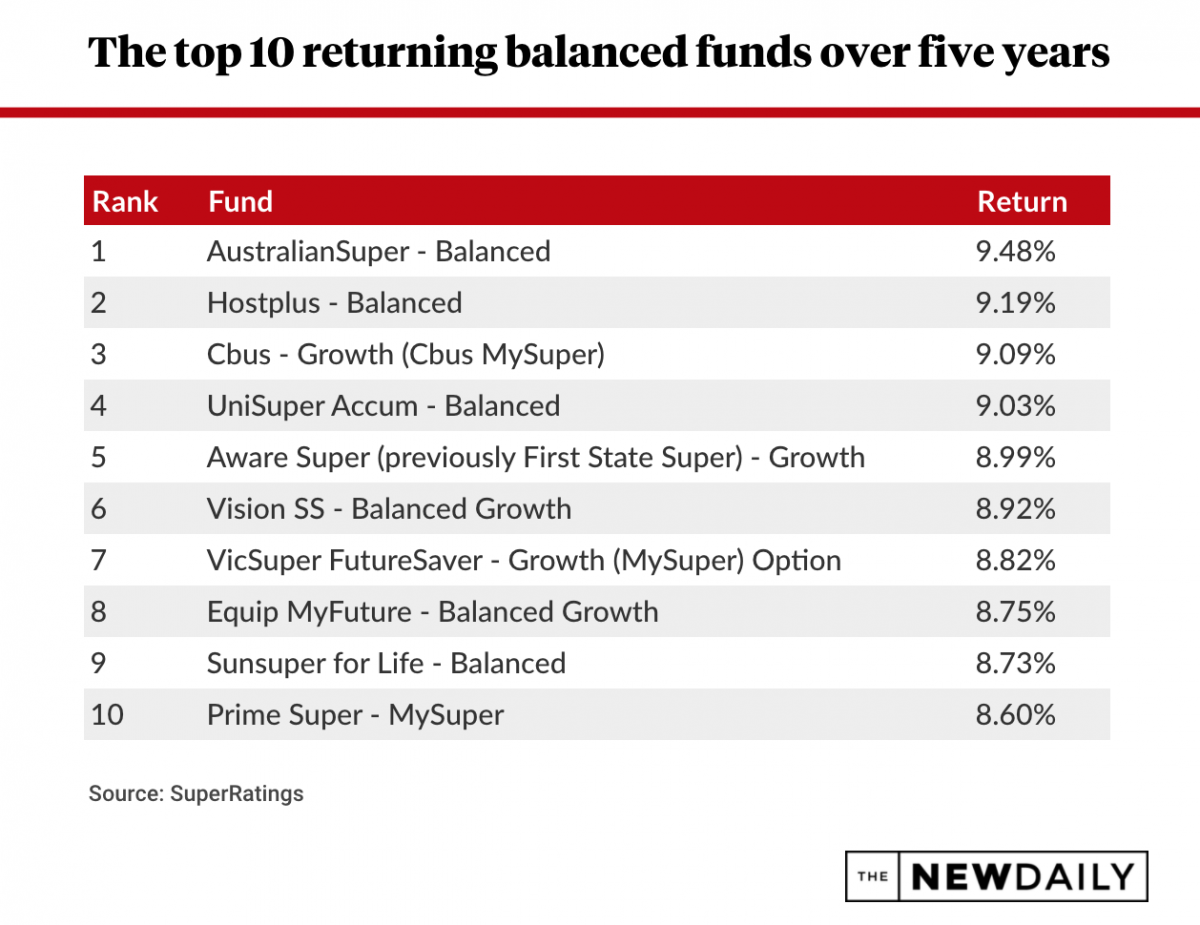 Future Fund CEO Raphael Arndt also injected a note of caution into his assessment of the current investment environment.

“We remain focused on carefully managing risk, recognising that the pandemic has had deep and lasting impacts on economies and investment markets, which investors need to understand and assess,” he said.

“On balance we are continuing to target neutral risk levels across the portfolio as we position it to be robust to a range of different scenarios.

The difference between the short-term performances of the Future Fund and balanced super funds comes down to asset allocation.

The average balanced fund had 53.4 per cent exposure to the share market, both locally and overseas, as of December 31 2019, according to Chant West.

However the Future Fund has traditionally held less in equities, and in March had only 32.1 per cent of assets in that allocation both locally and overseas.

That means it has had less of a boost from the rocketing equity markets since the market bottomed last April. 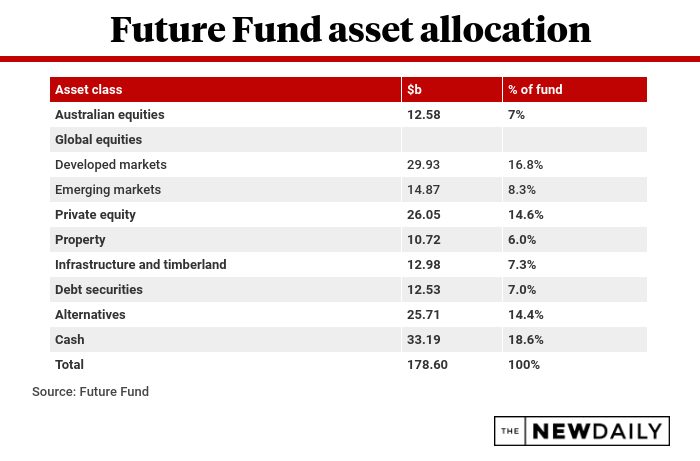 While there is 15 months’ difference between the two measurement periods, allocations in balanced funds have changed little in that time.

However the Future Fund holds more in a couple of asset classes that deliver long term returns.

It had 14.8 per cent of its portfolio in private equity, compared to 2.4 per cent for balanced funds.

The Future Fund also had 14.4 per cent of assets in the alternative category, generally hedge funds, compared to 10.3 per cent for balanced funds.

Private equity – direct investment in companies and alternatives,  – perform well over the longer term and helped deliver the Future Fund’s superior performance over a decade.

The Future Fund has another advantage over balanced funds: it has only one member – the Commonwealth.

That means it doesn’t have to incur the costs of dealing with millions of members whose personal accounts must be accounted for and reported on regularly.

Having millions of members also means that super funds must have adequate liquidity to pay out pensions and lump sums to retirees. The Future Fund has not yet been called on by the government for a payout.

Be the first to comment on "Future Fund returns jump, but Peter Costello warns of ‘potential setbacks’"