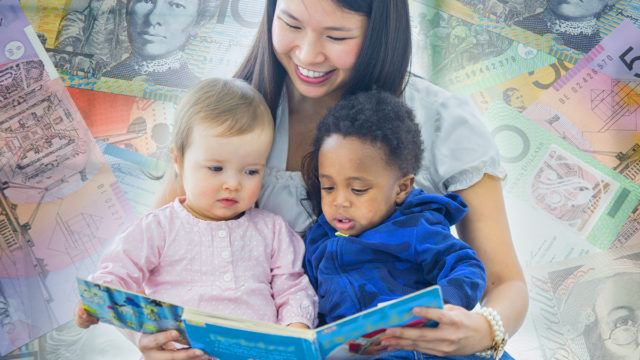 In 2020, Australian families got a glimpse of what life would be like without the burden of child care fees.

Now, as the nation recovers from the coronavirus crisis, advocates including Australian Council of Trade Unions president Michele O’Neil, are pushing for the permanent return of free child care.

“[Child care] is a critical ingredient in terms of reducing unemployment because it’s such a huge barrier to women’s participation at work,” Ms O’Neil said told The New Daily.

“We had that tantalizing moment last year where the government introduced free childcare, only to rip it away again.”

Free child care must be a cornerstone of the forthcoming Budget spending spree if the Morrison government is serious about getting unemployment down, the union leader said.

She welcomed the federal government’s new pledge to use spending to push the jobless rate below 5 per cent, but told The New Daily that where the money went would be crucial for families.

Treasurer Josh Frydenberg made headlines on Thursday when he promised to unveil spending in this month’s Budget targeting a jobless rate “with a four in front of it” – the current rate is 5.6 per cent.

But we still don’t know how the government is going to cut up its new spending commitments as pressure grows for the May 11 budget to address longstanding issues around women’s economic security.

Child-care funding has emerged as a focal point amid reports the Morrison government is considering a new multi-billion-dollar funding plan that could see subsidy rates increased from 85 to 95 per cent.

That means the current $9 billion scheme would be expanded for families on incomes up to $69,390.

But the government has yet to say whether it will adjust the taper rate reducing funding by 1 percentage point for every extra $3000 in extra household income beyond that $69,390 threshold.

The ACTU, meanwhile, is calling for a free universal early childhood and education scheme. In other words, unions want the government to make child care effectively free for Australian families, or extremely low cost.

The Business Council of Australia and the ACTU published a joint statement on Wednesday calling on the government to unveil plans to create a universal system that would fund all places at the same rate.

“A first step should be to change the taper rates and per-child caps to remove disincentives to increase women’s workforce participation and address supply side constraints,” the groups said in the statement.

Why child care funding would create plenty of jobs

The government needs to create an additional 200,000 jobs to lower the unemployment rate to its new target and (hopefully) spur wages growth.

That would leave very few people who wanted work going without.

But about 450,000 parents with children aged under 5 (women in particular) can’t participate in the labour force while caring for kids.

“If you had women participating in work at the same level as men in the those key ages of 25 to 45, then the economy would benefit by $70 billion a year,” Ms O’Neil said, referencing ACTU modelling.

“Family incomes would go up by $30 billion a year.”

Other researchers have reached similar conclusions to the ACTU.

Victoria University research published by The Australia Institute, for example, has found each dollar of additional child care funding is nearly 20-times better at creating jobs than income tax cuts.

Spending an extra $2.8 billion on childcare subsidies could create around 135,000 jobs over 10 years, researchers found, while similar spending on tax cuts would create less than 10,000 jobs.

“When governments spend money it obviously creates jobs in the economy, but spending it on some things creates a lot more jobs than spending it on other things,” Dr Denniss told TND.

“If governments want to create the most jobs possible than you can’t go past spending on child care.”

The ACTU estimates that free universal child care could initially cost the budget $7 billion a year.

But it would be necessary to help lift women’s participation to that of men, possibly generating $70 billion in economic activity each year.

A separate proposal from the Grattan Institute estimates $5 billion in new spending could generate $11 billion in activity.

Reforms should extend beyond funding boost

The Grattan Institute has suggested boosting the subsidy rate to 95 per cent, removing annual caps and easing the existing taper rate.

The think-tank’s chief executive Danielle Wood told TND that childcare shouldn’t be completely free because that would leave the scheme open to rorts.

But a 95 per cent subsidy would make child care effectively universal, sort of like lowering the primary school age by a few years.

“It’s incredibly important as well if you’re talking about women’s economic security, because a lot of the lifetime earnings gap comes about because of differences in work patterns after children are born.”

Grattan has also recommended a raft of market reforms to ensure child care operators are providing quality care though.

Ms O’Neil agreed child care quality was important, noting that extra funding for the sector should also provide workers, the vast majority of whom are women, with adequate job security and working conditions.

“These jobs are highly undervalued; we need to make sure quality of care relates to quality of job, because if you’re retaining people in those jobs, if you’re recognising and valuing their skill properly and paying them appropriately, then of course, that improves the quality,” she said.

The ACTU and Business Council have also urged the government to use the budget spending splurge to expand the paid parental leave scheme from from 18 weeks to 26 weeks, flexibly shared by parents.

They also want new (and adequate) funding for domestic, family and sexual violence services, and federally legislated domestic and family violence leave, with a goal to work towards 10 days each year.

Be the first to comment on "Government must fund free child care to reduce unemployment, ACTU says"