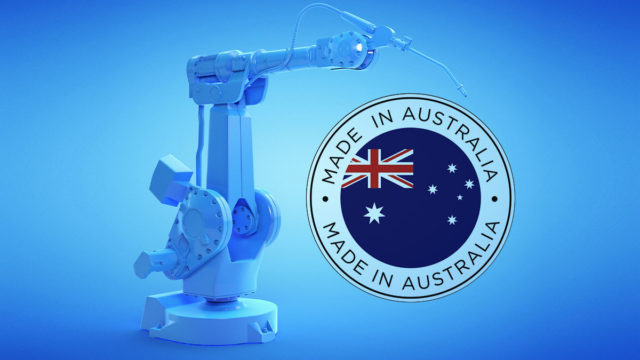 ‘Made in Australia’ is making a post-pandemic comeback as some businesses turn back the clock on decades of offshoring jobs.

Manufacturers looking to avoid supply chain turmoil caused by COVID-19 are leading the charge, cashing in on consumers eager to support local employers in the process.

This ‘reshoring’ trend could be worth billions of dollars to the economy over the next five years if Australia moves beyond just shipping raw commodities overseas and starts adding value to products Down Under.

That’s according to Jens Goennemann, managing director at the Advanced Manufacturing Growth Centre (AMGC), who says the pandemic could deliver a seismic shift in the composition of the Australian economy.

“Manufacturers are seeing the value in doing things better and being globally competitive on home soil,” Mr Goennemann told The New Daily.

“We’ve been a dig-and-ship economy, but if we want to change that we need to add value onshore – if we do that we turn our country into a smart economy.”

Local production jobs have collapsed over the past two decades as companies cut costs by employing workers overseas.

But Mr Goennemann said AMGC – an initiative supported by the federal government – is now seeing a big increase in companies reshoring their production, research, design, logistics and distribution in Australia.

That’s backed up by a new survey into business intentions by software provider PROS, which found manufacturers were refocusing their attention locally after the pandemic led to volatility in international markets.

The survey of 500 industry employers, published on Tuesday, found 55 per cent intend to reshore part of their business by 2023.

About 22 per cent said they had already brought work back to Australia, with nearly half of their operations expected to be returned by 2023.

One business that’s reshored recently is Australian-owned Seabin, which uses filters to clear plastic out of waterways like Sydney Harbour.

The $5.8 million company moved manufacturing of its bins from France to Australia last year, with the help of a $400,000 federal government grant, creating nine new local jobs.

Co-founder and chief executive Pete Ceglinski said making their bins just two hours from headquarters had made their supply chain much more reliable.

“COVID-19 has fast-tracked reshoring,” he told The New Daily.

“We had so many uncertainties, just based on logistics … if you can do the majority of what you do within Australia, it helps a lot.”

More than three quarters of consumers prefer to support Australian Made products, according to Roy Morgan data from 2019.

“Consumers are getting smarter and a lot want to see purpose built into their purchases,” Mr Ceglinski said.

“If you’re offshoring to China or India you won’t have first preference to similar products made locally.”

The reshoring trend could be worth billions of dollars to the Australian economy over the next five years, according to Mr Goennemann.

He said although there’s already 1.2 million people employed in manufacturing in Australia, there was an opportunity to create even more jobs.

That’s because while Australia has traditionally been a mine-and-export economy, minerals like lithium – crucial in the development of batteries for electric vehicles – would be more easily available if we manufactured them here.

“We need to re-think our approach and self disrupt ourselves by adding value to minerals like lithium,” Mr Goennemann said.

Lithium mining is projected to become a $12 billion industry by 2025, according to AMGC data, but the market for the refined mineral is expected to be worth a whopping $41 billion by that time.

And if Australia also starts processing lithium into fuel cells and building batteries out of them, it could get a slice of what’s projected to become a $1.3 trillion global market by 2025.

The PROS survey, which referenced lithium businesses specifically, found South Australia, Western Australia and the Northern Territory were best placed to take advantage of these opportunities.

Three quarters of employers said that Australia already has the technological capability to develop such an agile manufacturing base.

And 90 per cent of respondents were confident the Australian workforce had the skills required to take advantage of the coming boom.

The post ‘Made in Australia’ is making a comeback as reshoring takes off appeared first on The New Daily.