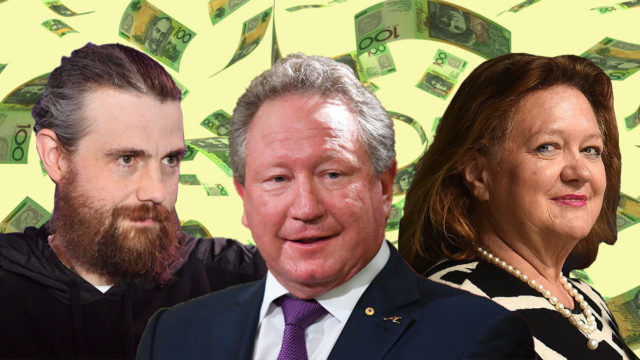 Thought the impact of the coronavirus pandemic would spread to the hip pockets of all Australians? Think again.

It looks like those with the deepest ones were not only immune but thrived.

In fact, the nation’s seven richest people increased their eye-watering wealth by a staggering $US52.65 billion ($69.3 billion) since the start of our lockdowns.

That’s roughly 67,795 times the average Australian’s net wealth – and it occurred while the national economy shrunk by 3.8 per cent.

Topping the list of big winners from this “unprecedented” year was a billionaire who may consider using that description for an entirely different reason when she reflects on 2020.

Gina Rinehart was already the country’s richest person before she accumulated an extra $US17.8 billion ($23.4 billion) between March and December 24.

That’s delivered the iron ore baron a record personal wealth of $US27.6 billion ($36.3 billion), according to Bloomberg’s Billionaires Index.

Not every Australian billionaire had such success.

Property tycoon Harry Triguboff and ex-Westfield chairman Frank Lowy had a tumultuous year as the pandemic shook up the apartments sector and influenced retail spending.

So, how did some rich-listers profit  so much?

Short answer: Their wealth was largely tied up in shares, commodity prices and other assets that have soared in value in the second half of 2020.

Atlassian’s executives, who helped the world transition to working from home, gained from a run up in their massive investment portfolios.

Collectively owning more than 50 per cent of the shares in the tech company they launched in 2002, the co-founders saw their company’s stock more than doubled in value over 12 months.

Mr Cannon-Brookes has also steadily increased the size of his property portfolio. Plus, both co-founders recently purchased a stake in the Utah Jazz basketball team. 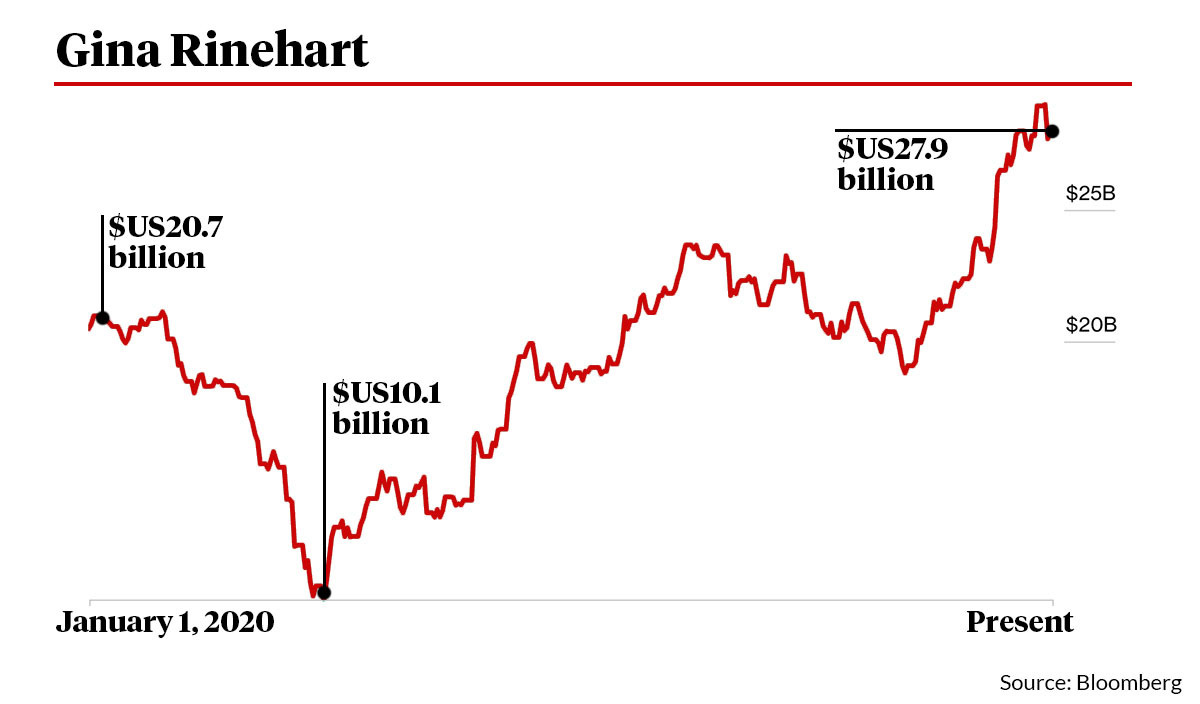 Her company, which she inherited from her late father Lang Hancock, has profited from leasing land in the Pilbara and extracting more than one billion tonnes of iron ore from its Roy Hill mine. 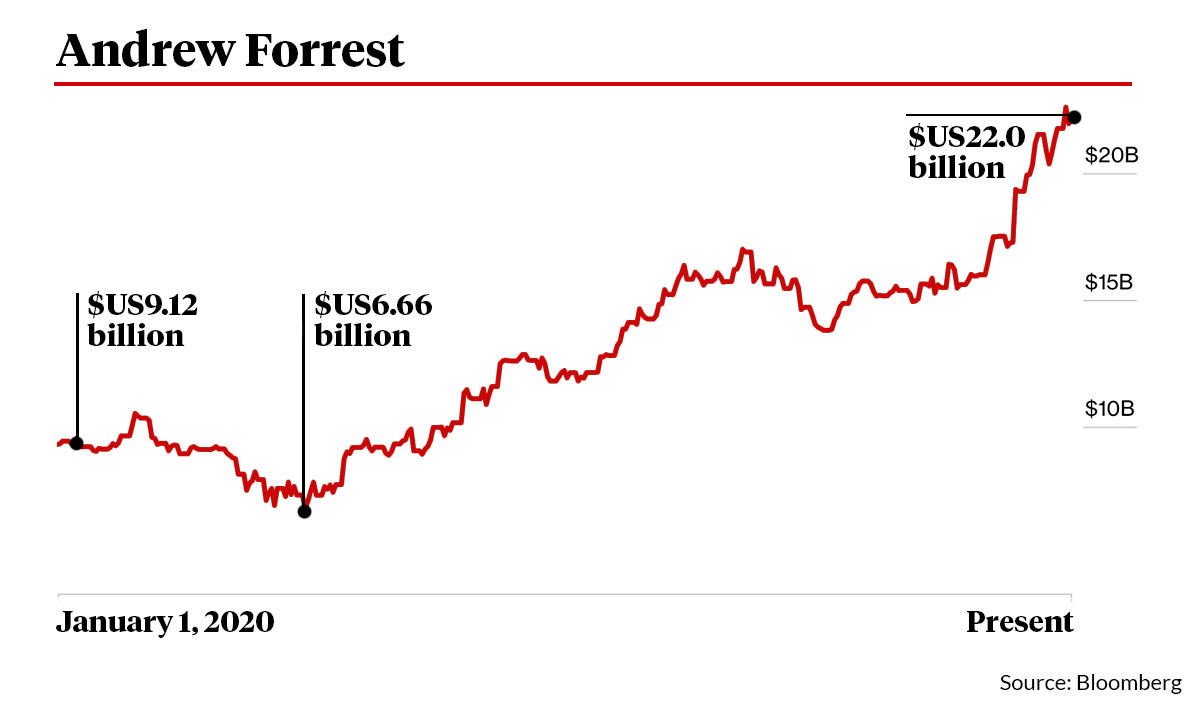 The mining magnate ranks as the 74rd richest person, though his ranking could potentially be higher than Bloomberg’s valuation due to a financial boon from his company, Fortescue Metals.

As the group’s founder and largest shareholder, Mr Forrest pocketed $1.1 billion in a single day after the company announced its $1 per share dividend in August. 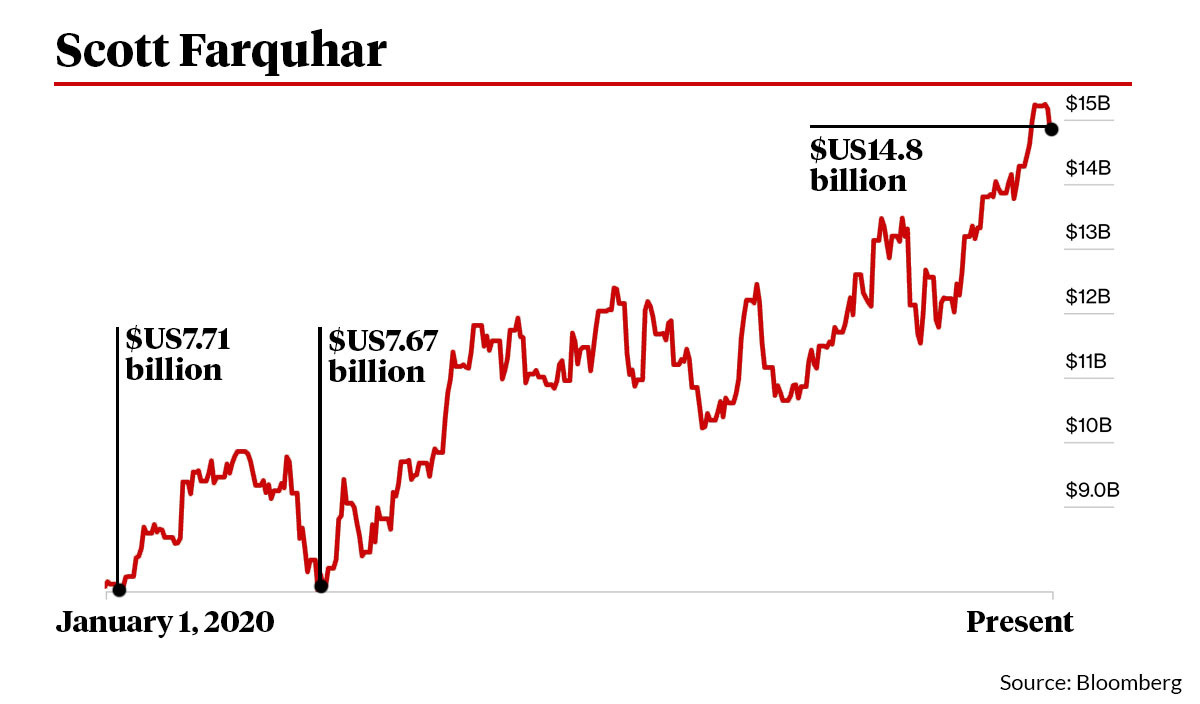 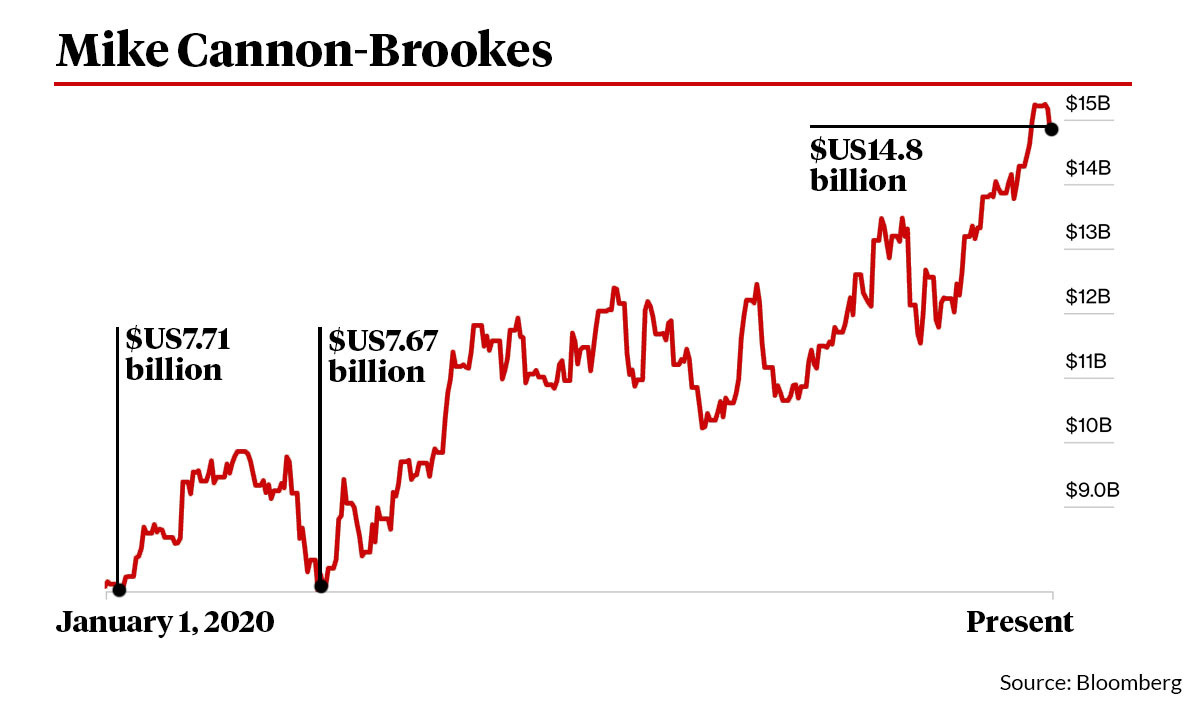 The co-chief executive officers and co-founders of tech company Atlassian saw their company’s share price ride a buoyant sharemarket wave through the second half of 2020.

Their company reportedly made $US1.6 billion ($2.11 billion) in revenue over the 2019-20 financial year, as thousands more customers signed up for their enterprise software and content management systems during the pandemic. 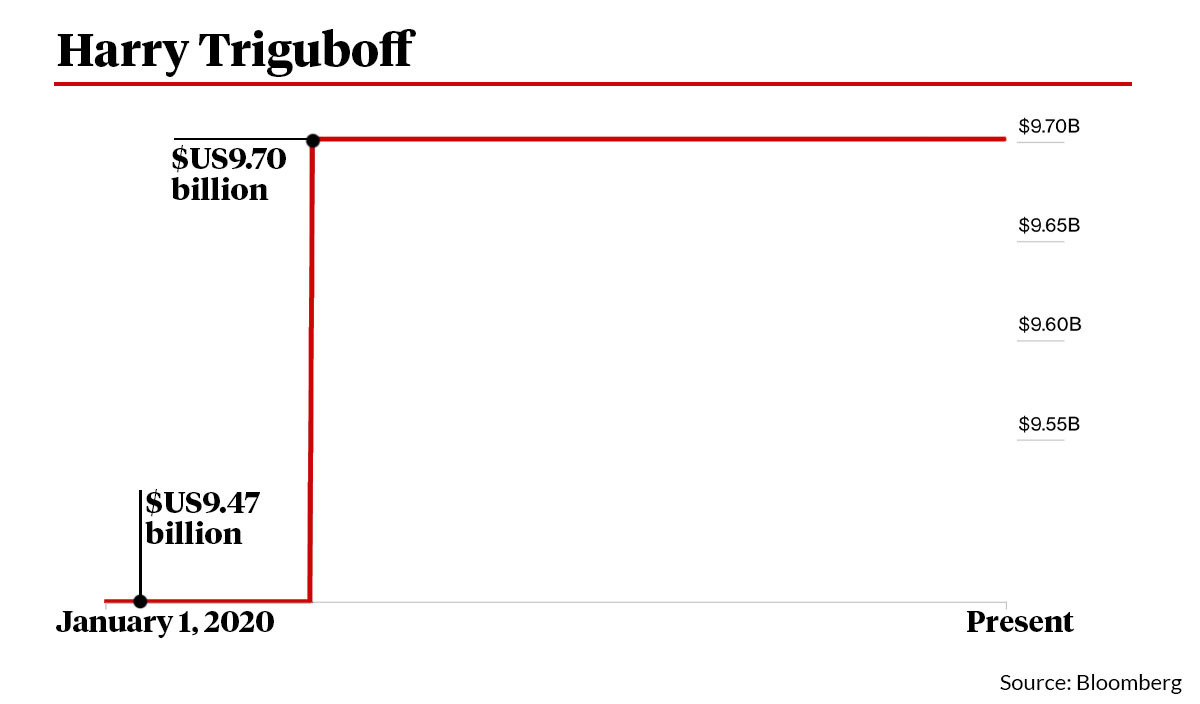 Formerly Australia’s richest man, according to Forbes, the founder of the nation’s largest apartment developer had a rocky 2020 as the pandemic hit international migration numbers and reduced people’s appetite for high-density living.

Nevertheless, Bloomberg estimates he increased his wealth by $US230 ($302.7) million over the year. 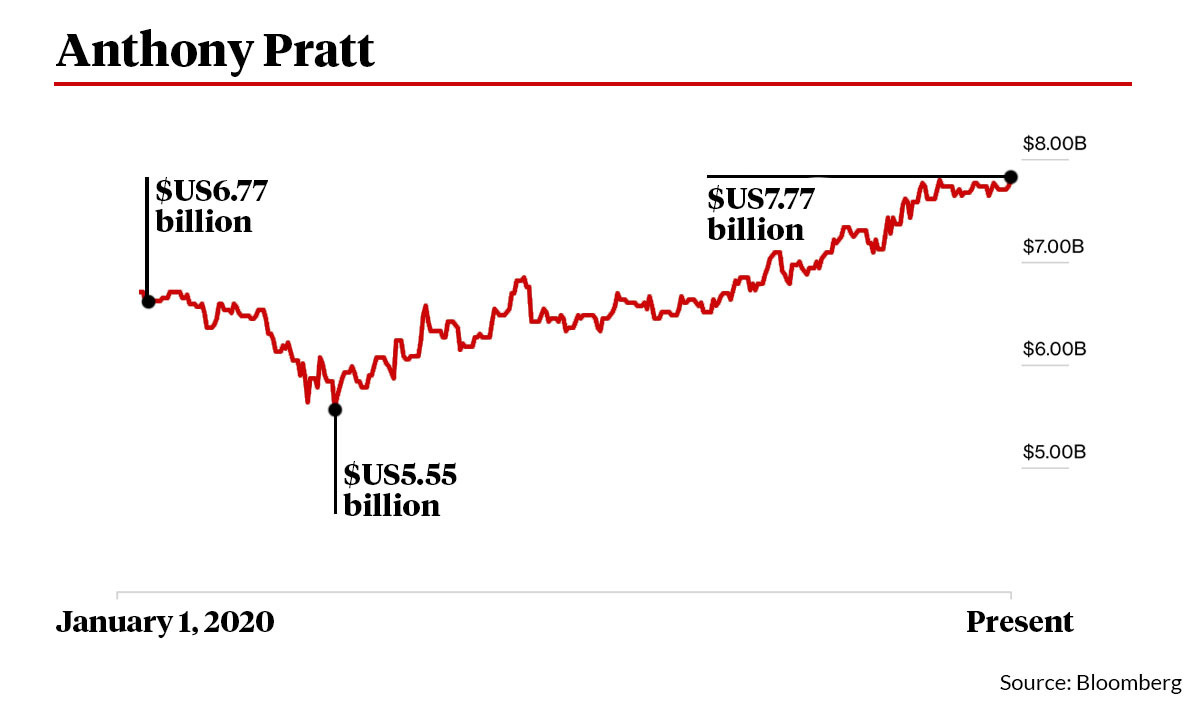 After his cardboard box company, Visy, profited from panicked grocery buying and the rush to online shopping, the AFR valued Mr Pratt’s wealth at more than $17 billion.

That’s an increase of $1.43 billion compared to a year ago and much higher than the $10.1 billion estimated by Bloomberg on December 24. 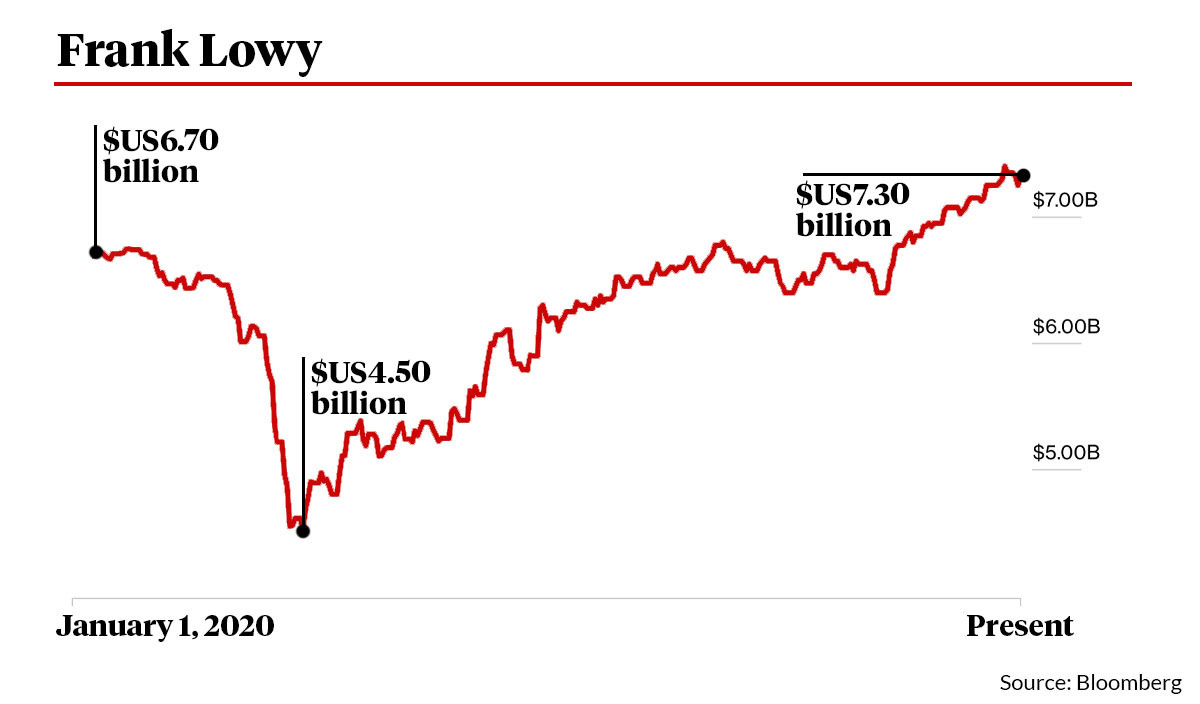 He also landed $815 million from the sale of his Scentre Group shares last year, and is now in a wealth protection phase through his private investments business Lowy Family Group.

The post Many Australians struggled in the pandemic, but the rich only got richer appeared first on The New Daily.

Be the first to comment on "Many Australians struggled in the pandemic, but the rich only got richer"