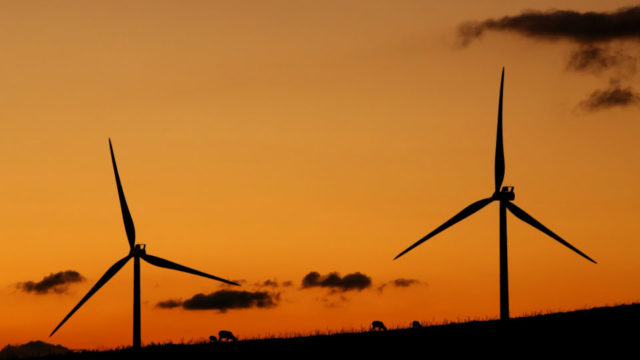 Some of Australia’s biggest superannuation funds have been accused of failing to use $748 billion in retirement savings to push for action on the climate crisis and other social issues facing the companies in which they invest.

The Australasian Centre for Corporate Responsibility (ACCR) has said super members are being kept in the dark about whether their savings are being used to support or block corporate responsibility efforts.

In a report assessing how Australia’s 50 largest super funds vote on Environmental, Social and Governance (ESG) proposals, the ACCR found six are “missing in action” on problems like the climate crisis and workers’ rights.

They are Commonwealth Super Corp, Colonial First State, QSuper, BT, AMP and MLC – together accounting for $748 billion in retirement savings or 38 per cent of regulated funds.

ACCR climate and environment director Dan Gocher said these funds are failing to vote on ESG resolutions, supporting fewer proposals than their peers, or failing to inform members of their voting on these matters.

These votes are important, because they force big companies to change their operations to address matters like setting carbon reduction targets.

Mr Gocher accused some funds of “apathetic and passive investing” amid urgent warnings from scientists about a climate change catastrophe.

“It allows companies to get away with things they shouldn’t be,” he said.

“[It’s] not just climate but the treatment of workers and cultural heritage.”

The research comes amid heightened scrutiny about how the $3 trillion super industry is supporting climate action, with super fund-backed IFM Investors on Tuesday pledging to ditch its thermal coal investments.

The ACCR has been assessing how Australia’s 50 largest super funds vote on ESG proposals since 2017 in an effort to promote transparency.

Aggregate support for ESG votes is down from a peak of 54 per cent in 2018, however.

In 2020, non-profit industry funds were the only type of fund to increase their support for ESG proposals, the ACCR found.

The likes of AustralianSuper, Cbus and HESTA were among those funds that supported more than 50 per cent of ESG resolutions on which they voted.

Over the past four years, industry funds have supported 45 per cent of ESG proposals in total, second only to public sector funds, which supported 50 per cent of proposals.

Fewer than half of all funds assessed disclosed how they voted on all of their ESG proposals – 59 per cent of those that did were industry super funds.

Overall, Mr Gocher said the findings show there’s lots of room for improvement among super funds when it comes to ESG voting.

“A fairly large number of funds are simply doing box-ticking,” he said.

“This is about [super funds] being active investors and really paying attention to the companies that they’re investing in,” Mr Gocher said.

IFM to dump coal but not oil

The role of retirement savings in driving climate action came into focus on Tuesday when IFM Investors, a global fund manager owned by 23 industry super funds, said it would stop pouring money into thermal coal projects.

It’s part of a move to eliminate more than a million tonnes of carbon from IFM’s $74 billion infrastructure portfolio by 2030.

The fund has promised to achieve net-zero carbon emissions by 2050.

“It’s vital that we have a plan to mitigate the risks of climate change,” IFM Investors chief executive David Neal said in a statement on Tuesday.

But the $172 billion fund manager stopped short of pledging to sell off its substantial oil and gas investments to meet emissions targets.

It said ongoing fossil fuel investments would play an important role in the transition to renewables until storage technology is more advanced.

The International Energy Agency warned in May that the world must avoid new fossil fuel investments to achieve net zero by 2050.

Mr Gocher said IFM’s decision was “disappointing” and showed how superannuation money can be used to block urgent climate action.

“Infrastructure investors have passive investments where they collect fee income over many decades,” he said.

“They can either accelerate the transition or block it.”

Be the first to comment on "‘Missing in action’: Huge super funds slammed on climate voting"