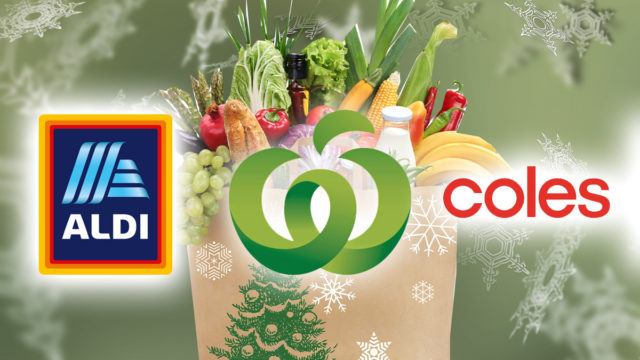 Australians will be paying more for groceries and other essential goods heading into Christmas as COVID wreaks havoc on retail supply chains.

Economists have warned households to expect higher prices as supermarkets and other retailers start passing on large cost increases to consumers.

Skyrocketing shipping costs out of China and labour shortages on local farms are making it more expensive for businesses to put essentials on their shelves, Indeed APAC economist Callam Pickering said.

The warnings come after household budgets were squeezed in the June quarter by rises in the price of essentials like fruit, vegetables and petrol.

“It’s going to hit low-income households who spend a larger share of their income on food and beverages,” Mr Pickering said.

Earlier this week, analysts at investment bank Barrenjoey said the industry was facing the largest rise in food and grocery prices in more than a decade.

As reported by the AFR, analysts said suppliers are flagging price rises in the mid-to-high single digits as they pass on cost increases for meat, sugar, eggs and dairy products to supermarkets.

How much retail prices ultimately rise will depend on the extent to which supermarkets decide to swallow the cost hikes instead of passing them on to consumers.

And some bosses have already said they will share some of the pain.

In an earnings call last month, Coles boss Steven Cain said the price of some packaged grocery products would rise over the next six months.

“We are beginning to see an increased number of suppliers approaching us for cost price increases in the grocery space,” Mr Cain said.

“[That] is very aligned to increased shipping costs, or to raw ingredients.”

The good news is, Mr Banducci is forecasting an easing of prices in some key areas, such as fruit and vegetables, and particularly avocados.

But red meat prices are still expected to rise in the short term.

It comes after the price of fruit and veggies spiked in the June quarter amid disruptions on farms due to floods and labour shortages.

Mr Pickering said ABS data shows households are paying about 3 per cent more for fruit and vegetables today than before the pandemic.

That’s more than double the pace of wages growth, which means the average household must now commit more of their budget to essentials.

“The agricultural sector has been hampered by bushfires and the effects of labour shortages,” Mr Pickering said.

“The effects of bushfires will diminish over time but as long as borders are closed it’s going to be quite difficult to get workers out to regions.”

A key reason grocery suppliers are facing higher costs is that the price of shipping containers coming from China has skyrocketed lately.

Jackson Meyer, chief executive of freight forwarding firm Verus Global, said the price of a shipping container from China has risen from $200 for some containers before COVID to more than $5000.

He said costs for everything from the packaging that goes into UberEats deliveries to groceries like lollies and noodles has risen in price.

“This has spiralled out of control,” Mr Meyer said.

“We’re seeing big retailers push back on bringing things in because it’s getting too expensive.”

As The New Daily reported last week, retailers are also warning about goods shortages heading into Christmas because of shipping disruption.

The shipping cost increases are primarily tied to COVID disruption and Mr Meyer does not expect the problem to go away any time soon.

“We’re not going to be getting back to what we were previously seeing until 2023 at a minimum,” he said.

“It’s going to be a catastrophe – week by week we’re struggling.”