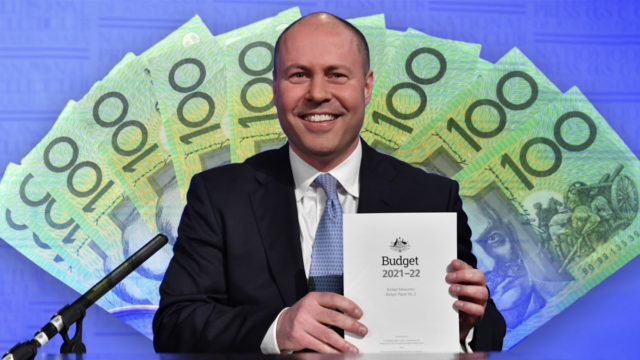 Josh Frydenberg and the Morrison government are preparing a spending splurge as pressure builds to ensure the economy doesn’t slip back into stagnation after the pandemic recovery.

An overhaul of vocational education funding and programs targeting more skilled migrants are shaping up as key federal budget measures, the Treasurer said during a speech in Canberra on Thursday.

In a major policy shift, Mr Frydenberg has moved the goal posts on the government’s spending strategy, declaring that additional support will be required to create jobs and push up wages growth beyond record lows.

It means the government will now target a much lower unemployment rate before undertaking budget repair, creating additional spending that economists say will increase the pace of Australia’s COVID-19 recovery.

“We need to continue to work hard to drive the unemployment rate [currently 5.6 per cent] even lower,” Mr Frydenberg said in Canberra.

“We want to first draw the unemployment rate down to where it was prior to the pandemic [5.1 per cent] and even lower.”

Under its previous target the government promised to start budget repair when unemployment fell below 6 per cent. Although a one percentage point change may seem meagre, economists say it’s a big deal in terms of driving faster wages growth and inflation.

That’s because the jobs market will need to be much stronger before you get a decent pay rise, thanks to a range of structural problems.

Deloitte Access Economics partner Chris Richardson said the line in the sand signposting ‘mission accomplished’ on the recovery has moved.

“The government set itself a bar that wasn’t tough enough,” he told TND.

So, where is the government aiming this spending cannon?

Childcare subsidies, superannuation reforms, tax offsets and an aged-care overhaul have already been flagged for the upcoming budget.

And on Thursday Mr Frydenberg added new money for skills development and attracting skilled migrants to the splurge list.

In other words, while the Treasurer has new-found spending gusto, don’t expect him to ditch his underlying policy philosophy as he does it.

But a JobSeeker bump is missing

One clear omission – at least so far – is a further increase to JobSeeker payments, which still sit below the poverty line, despite economists generally agreeing lifting the rate would deliver economic dividends.

Richard Denniss, chief economist at The Australia Institute, said where the government spends money is as important as how much it spends.

“Spending money on boosting the unemployment benefit would both reduce inequality and stimulate the economy,” Dr Denniss told TND.

Jo Masters, chief economist at EY, said the government missed an opportunity to deliver a larger increase to JobSeeker, and was instead more likely to try and encourage businesses to hire more workers.

“The reality is people will feel the recovery through the labour market,” Ms Masters told The New Daily.

Ms Masters backed the new target in an interview with TND, saying slow inflation has given the government plenty of room to spend.

“What we don’t have is lots of levers to pull if we let the economy peter out … to get to full employment you have to grow the economy faster than its potential,” Ms Masters said.

“The role of fiscal policy [spending] is to drive that and get there as quickly as you can.”

We don’t know how much additional spending will be in the budget yet, although most of the COVID-19 support from 2020 has already passed.

Deloitte Access Economics (DAE) modelling shared with The New Daily reveals government support for the economy has already fallen from a peak of more than $30 billion in July to less than $3 billion in April.

But, luckily for us, the capacity for additional spending is ample, thanks to extremely low government borrowing costs and the RBA. 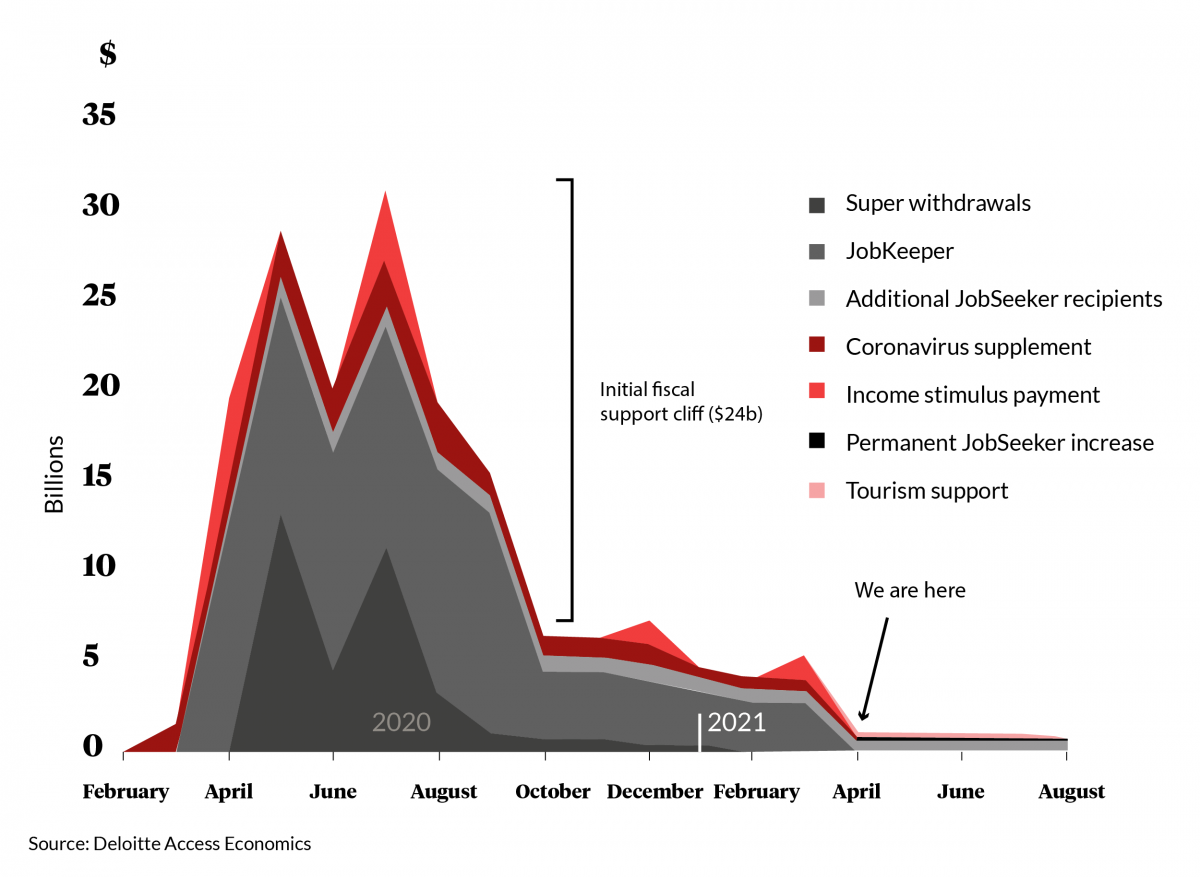 DAE estimates federal interest costs on government securities (debt) are $300 million lower through to 2023-24 than in 2018-19, despite a huge increase in total outstanding government debt.

“The recovery is cheap as chips,” Mr Richardson said.

“Yes, we’ve taken on much more debt, but this is money Australians owe Australians. We didn’t borrow from the US or China.”

Mr Richardson is referring to the RBA’s extensive bond-buying program, which has seen it purchase hundreds of billions of dollars in public debt.

Under current estimates, the Reserve Bank (which the government owns) will hold nearly half of all Australian Government Securities (AGS) on issue in the four to 12-year maturity range (the bulk of it) by July 2022.

Is the new target ambitious enough?

Dr Denniss said the government was “mugged by reality” in changing the goal posts on its targets, but still hasn’t been ambitious enough.

“As long as there’s a lot of people out there looking for jobs, the government should be using fiscal policy to create as many of them as they can,” he said.

“For decades we’ve prioritised low inflation over low unemployment and that obsession has caused enormous pain.”

Mr Frydenberg stopped short of declaring a full employment target on Thursday – a policy Labor has embraced – despite warnings from the Reserve Bank and other economists that unemployment may need to fall below 4 per cent before wages growth and inflation really take off.

Others like former Hawke government adviser Ross Garnaut have suggested the unemployment rate could fall as low as 3.5 per cent.

This is well below the 4.5 to 5 per cent range Treasury outlined in new estimates published on Thursday, raising the prospect that even the government’s new targets might not be enough to get wages moving.

Bur Mr Richardson said the government’s new targets give them room to move and is much better than 6 per cent, which was “miles off”.

“The new target is certainly a defensible one,” Mr Richardson said.

The post Skills on the agenda as government primes budget spending splurge appeared first on The New Daily.