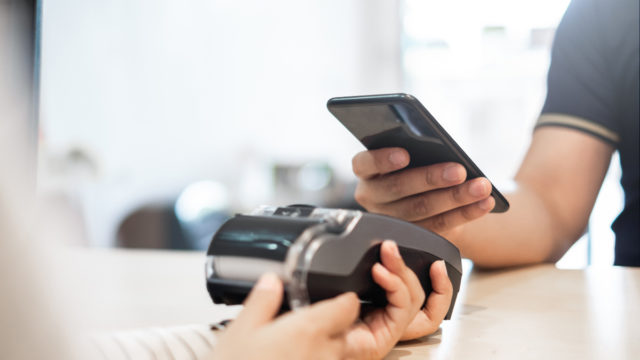 Suncorp Bank has partnered with Visa to launch a new buy now, pay later (BNPL) service that will cap late payment fees and allow customers to shop in stores.

The bank unveiled the new product on Monday and has billed it as a “pay later debit card”.

But it is more like a credit card that charges no interest or ongoing fees.

The key draw is that the service – called “PayLater” – is available at more than 70 million locations globally, or basically wherever Visa is accepted.

In a statement on Monday, Suncorp chief executive Clive van Horen said the service would be integrated into the bank’s existing account services.

“Some customers prefer to use credit cards, while others want simple, short-term payment options from a trusted and secure bank,” he said.

Suncorp is just the latest bank to move into BNPL as consumers shift away from traditional credit, with Commonwealth Bank partnering with Klarna, and Westpac signing a deal with Afterpay to create a mobile banking app.

Tech giant PayPal has also launched a BNPL service Down Under as competitive pressure builds on market leader Afterpay.

Bankers call it a revolution in the way Australians are paying for goods.

But because there are no regulations requiring BNPL providers to share data with each other, RateCity research director Sally Tindall fears some shoppers are increasingly becoming indebted with multiple platforms.

“They’ve got four or five BNPL debts on the go and they’re in a world of pain because people have been handing them access to credit and not properly checking their ability to pay.”

To understand the risks and potential benefits associated with the card, here’s what Suncorp’s latest BNPL offering will mean for shoppers:

Ms Tindall described Suncorp’s product as halfway between a traditional credit card and a debit card.

“When you sign up to this card, you have to link it to your debit account,” she said.

“But you still owe that money.”

Those partnerships mean BNPL can be used anywhere those types of cards are accepted – through tap and go, swipe or insert.

That’s different to Afterpay, which limits shoppers to approved retailers.

But the banks have mirrored Afterpay’s four-instalment repayment model, with Suncorp requiring shoppers to pay their bills within eight weeks.

Customers will be able to change their repayment deadline by up to six days though – something Suncorp touted as an important feature in its offering.

Requiring customers to make repayments in full is a key difference to a traditional credit card, while Suncorp’s purchase limits are also much lower.

“The banks want to be more appealing to customers,” Ms Tindall said.

“They want to become a one-stop shop and increase the volume of their transactions as well.”

So, what’s the catch?

Aside from late fees, you’ll need a Suncorp bank account to use BNPL services – the PayLater card even comes with a regular debit card.

You also won’t be allowed to purchase gambling services using BNPL or undertake cash advances with the PayLater card.

Then there are the general risks associated with credit products.

Not a debit card

Although labelled as a “debit card”, Suncorp PayLater is anything but.

A big clue is that the bank will require you to pass credit checks before handing out one of its cards.

That means late payments could alter your credit score, affecting your ability to apply for a home loan or start a business down the track.

And as with all forms of credit, BNPL debts can quickly stack up to high levels.

Corporate regulator ASIC has previously found up to one in five BNPL customers are struggling to pay their bills, while others fear the younger customers at which BNPL products are targeted lack financial literacy.

Ms Tindall said that as more banks become involved in BNPL, the risk of consumers falling into debt multiplies.

It is currently impossible for the banks to determine when someone is using another BNPL service if that shopper tries to hide it, she said.

“They’re very much problematic in our society among certain people.”

Be the first to comment on "Suncorp takes on Afterpay with new buy now, pay later card"