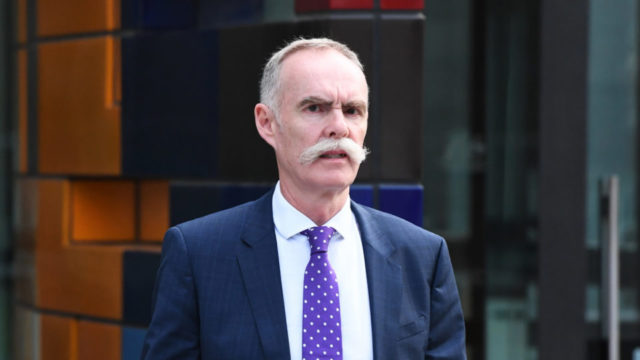 Australians who raided their superannuation during COVID-19 are now thousands of dollars worse off after missing the biggest stockmarket rally in a generation, industry fund bosses have declared.

More than $36.4 billion in superannuation savings were taken out under the federal government’s early super release scheme during 2020, with many people taking more than $10,000 at the bottom of a market that has since delivered double-digit returns for super funds.

Cbus chief executive Justin Arter told the House Economics Committee on Thursday that about 290,000 fund members drew down on their super, leaving those who took out $10,000 about $2000 worse off.

It paid out $2.3 billion in early super releases, meaning its members lost hundreds of millions of dollars in foregone gains by raiding their savings.

Mr Arter noted the early super release scheme was announced before JobKeeper, meaning many Australians had no other option at the time.

“Circumstances at the time were very challenging,” Mr Arter said.

“People were looking down the barrel into the abyss [and] there was no other form of support.”

The average payment under the early super release scheme was $7638 out of a maximum $20,000 spread across two applications.

Those who lost turnover or had their hours cut by at least 20 per cent during COVID-19 were eligible for the scheme.

The fund achieved a 20.4 per cent return in the 2020-21 financial year, meaning those who accessed the scheme missed out on even more gains than members of Cbus.

Mr Silk said there were members in “dire financial straits” who had no choice but to withdraw funds while another group simply wanted the cash.

“In the case of the latter category, the opportunity cost has been very significant,” he said.

“Around 21,000 members withdrew all of the money in their accounts.”

Figures released by the Australian Taxation Office (ATO) show more than 4.5 million Australians took money out of their super during the pandemic.

Applications were more concentrated among younger people, with 46 per cent coming from people aged 35 and under.

That group collectively withdrew $15.3 billion over the life of the program.

Unfortunately, younger people suffer a much higher cost from raiding their super than older members because they have lower balances.

This means they will earn even less from future returns in dollar terms because they are building on a smaller savings base than older members.

A person who withdrew $10,000 from their super would have $377,000 less in their account after 40 years, assuming a 9.5 per cent annual return, which is the 10-year net return achieved by AustralianSuper.

But this calculation does not take into account any benefits members may have gained from the money they withdrew from their super.

Mr Silk warned on Thursday that the 20 per cent annual return achieved in 2020-21 was “exceptional” and unlikely to be repeated next year.

He said the fund was starting to tell members to expect a lower return in 2021-22 and was instead focusing on its longer-term investment results.

“When we mention the one-year return to members, we try and say in the same breath what the three-year return was [9.6 per cent],” he said.

Even though super returns are likely to return to normal after the COVID recovery, members will still be earning more than they used to, as the super guarantee is scheduled to rise to 12 per cent by 2025-26.

The first increase in a decade occurred on July 1, moving the minimum contribution from 9.5 per cent of wages to 10 per cent.

It will increase by 0.5 percentage points a year until it hits 12 per cent.

Unions want the rate to move even higher, and have argued for new laws to boost super contributions to 15 per cent of wages.

On Thursday Mr Arter echoed that view, saying Cbus members retire with an average of $137,000 in their super, with many forced to retire because of injury or illness.

“We support the increase to 12 per cent and if the government were minded to go to 15 per cent to enhance the retirement outcomes of our members, so much the better,” he said.

Parliament has so far only legislated an increase to 12 per cent.

Be the first to comment on "Superannuation raids cost Australians thousands of dollars: Fund bosses"