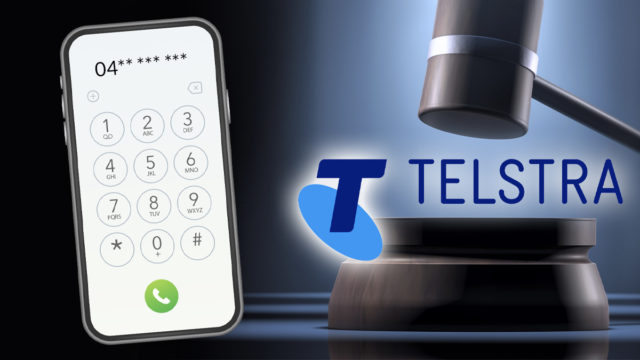 Telstra has been accused of disrupting an entire industry for months after it decided to suspend many of its phone number transfers during the pandemic.

The telecommunications giant was handed a $1.5 million fine after it refused to move hundreds of customer phone numbers to competing providers.

While the fine was the largest penalty ever handed down by the telecoms regulator, the penalty amounted to just 0.083 per cent of the $1.8 billion net profit Telstra made last year.

The transfers, which are required under law, didn’t fully resume until July and the resulting backlog of requests took until October to resolve.

In the meantime, 895 customers had their transfers cancelled and more than 42,000 other services were disrupted as Telstra was unable to move many numbers to other carriers, or vice versa, the Australian Media and Telecoms Authority (ACMA) said on Tuesday.

But while tens of thousands of services were affected, only 120 cancelled number transfers were used to calculate Telstra’s penalty.

“We appreciate Telstra had difficulties due to COVID-19 and we took this into account in our enforcement actions, including the size of the financial penalty,” ACMA chairwoman Nerida O’Loughlin said in a statement.

“However, it is clear Telstra, for a sustained period, did not have sufficient plans in place to comply with an important consumer safeguard that promotes competition in the telco market.”

A Telstra spokesperson said it paused number switching during the pandemic because it couldn’t guarantee the service would be executed correctly at the time.

“It’s important customers have the ability to take their numbers with them if they choose to move between providers,” Telstra said in a statement.

“Since then we’ve made a range of changes to ensure we can continue to meet our regulatory obligation to provide number porting services.”

“Telstra didn’t have a redundancy for this. There wasn’t a process in place for when these situations arise,” Mr Hawkins told The New Daily.

“Consumers have an expectation that their providers are going to have a back-up service or a back-up plan.”

Telstra actually told ACMA it planned to suspend its number transfer services in March 2020 before doing so, even though the regulator put telcos on notice that it would not be going easy on them.

But Telstra went ahead anyway, just a day after notifying the regulator.

Competitors were also given no notice, ACMA said, meaning they were unable to allow new customers keep their old numbers.

Be the first to comment on "Telstra handed $1.5 million fine for disrupting entire telco industry"