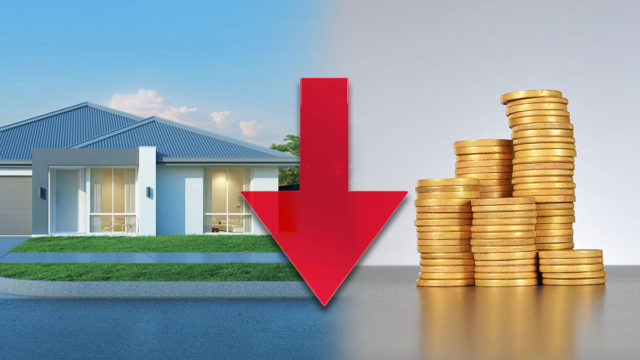 The pandemic year was one to savour for home owners who held on to their jobs, but a difficult one for life-long savers.

Following the Reserve Bank’s decision to slash the official cash rate in half in 2019, the onset of the pandemic inspired Australia’s central bank to slice it further to a record-low 0.1 per cent.

And so, mortgage rates now start with a one, while some Big Four banks are paying just $5 in ongoing annual interest on a $10,000 deposit.

To put that into perspective, an owner-occupier on the average mortgage rate of 3.13 per cent would save $4021 over 12 months and $24,402 over 25 years by switching to the lowest variable rate on the market (assuming they have a loan-to-value ratio of 60 per cent).

Not bad for a quick phone call.

But Australians saving for a home deposit or otherwise relying on bank interest have had a much harder time of it.

The average ongoing savings rate – excluding high-interest introductory rates – more than halved in 2020, from 0.93 per cent to 0.41 per cent, according to RateCity.

A great time to own property

Ms Tindall said the race to the bottom on rates was a “significant wake-up call” for households, encouraging them to take a closer look at their finances and fuelling a record refinancing boom.

“The market was hugely competitive and people are flocking to get better deals on their loans, and every lender wanted to ensure they weren’t on the losing end,” Ms Tindall told The New Daily.

“It’s no surprise banks focused their attention on record-low fixed rates to lock new refinancers or home owners in for a number of years, as that shores up the movement in their loan book.”

The pressure to cut home loan rates forced banks to reduce the interest paid on deposits to shore up their profit margins.

But another driver was easy access to cheap money during the pandemic, which meant banks were less reliant on the savings of Australians to fund their lending.

The Reserve Bank’s Term Funding Facility (TFF) offered lenders $200 billion of low-cost credit to on-lend to struggling SMEs – of which they had withdrawn $52 billion as of September.

Meanwhile, the economic uncertainty stemming from the recession encouraged Australians to squirrel away an extra $100 billion into savings accounts this year.

This means banks were under less pressure than normal to attract savings customers and could therefore take rates lower than they perhaps otherwise would.

AMP Capital chief economist Shane Oliver said banks get between 55 and 60 per cent of their funding from depositors.

“Not only can banks now get cheap funding from the RBA, but they were inundated with depositors’ money flying in,” he told The New Daily.

“People were getting paid salaries or JobKeeper and in many cases, they were locked up at home and couldn’t spend that money, which reinforced downward pressure on their interest rates.”

So, what happens next?

Reserve Bank governor Philip Lowe has said the RBA will not increase interest rates for at least another three years.

But does that mean mortgage and savings rates will stay the same?

RateCity’s Ms Tindall said although lenders’ home loan rates moved in step with the RBA, savings rates were shaved “bit by bit” through the entire year and banks would continue cutting them into 2021.

She said ongoing savings rates would see little change – as they are already close to zero – but noted banks would further cut introductory and conditional rates.

He said market competition would be the major factor pushing home loan rates any lower over the next 12 months.

The post The winners and losers of the RBA’s record-setting year appeared first on The New Daily.